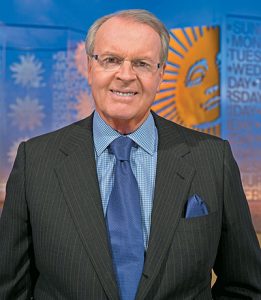 Bio: This runner is basically unknown to the public but he he is still a McMasters and that should be a concern seeing that this family is very good at blending in and their deadliest weapon is their tongue and phone; Though they do call Ebenezer Over Dose and this is do to his risky nature and his lack of concern for his own safety and he will do basically anything for rush of adrenaline like his handle says. Ebenezer is the twin brother of Ichabod McMasters aka Piston; though his risky lifestyle and heavy drinking and drug use has made Ebenezer appear older but remember he is still just as lethal as any runner and this man is runs many small corporations where he is the CEO and President throughout North America and Europe and he is hand in hand with the Jamestowns and seeing that the Godfather is within the Forsaken and Mariners it’s a deadly alliance; nobody has ever seen Ebenezer in action besides his teammates so we have zero intelligence to gather about his abilities and skills outside the boardroom and the manufacturing of very scary technology and his companies have never been infiltrated by any runner team and rumour has it that any team hired to strike one of Mr. Ebenezer McMasters companies just turn down the job or bail once they learn who they are up against; so this should say something about his security and the President himself, he has no care about the war as he profits either way since many of his companies produce weapons of war and the supplies needed by the troops and citizens on both sides and he is not above driving out the competition and jacking up the prices for basic needs and over charging one side while undercutting his competition and over changing the other side. Public records show that his stock has gone up over 300% since January 2074 and he is up over 400 points on the market; and his public records show he has just opened three factories in Boston and two in Richmond so one can assume that he is focused on the rebels winning but at the same time keeping the war going is truly in his benefit.

This is dedicated to all the warriors of the shadows who have fallen in the line of duty. RIP    Crazy Glue: Killed in the Jackals Lantern by an unknown assailant, Her Murder is still under investigation by SPD  Wallace: HRM member killed in the Scottish invasion of England. Rot in Hell Wallace  Tommy: Member of the Regulators recently killed by SPD    Grimm: Member and Leader of the now defunct Ministry, killed by SPD C-SWAT. During the Deaths Hand Invasion  Mr. Walter O'Neil (Sarge): Member of a group only referenced to as the Post Office, He was killed in … END_OF_DOCUMENT_TOKEN_TO_BE_REPLACED