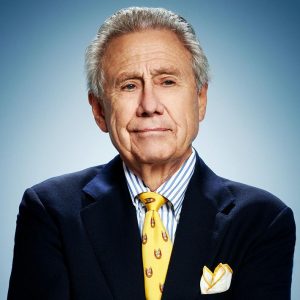 Bio: They call him Numbers and this man is a very dangerous killer, he has been hunting his fellow humans for so long he simply see’s us as numbers on a chart and hence his handle “Numbers”. This man is as dangerous as they come and has been fighting for so long that it is a miracle he stayed concealed for this long, he is the man who trained River Welsh and forged that weapon of medical terror the Tri-Fold Scorpion Dagger and it seems he manufactured a scarier bigger version for his personal use. Caldwell is yet another member of the 401st and 82nd to show up in the Presidents Men and probably wont be the last, he was gifted immorality through the Government Program in the 1900’s….yes my readers our documents show this idiocy started way back then, they wanted the ultimate super soldiers and figured they would just inject these unsuspecting volunteers with a serum and hope they simply fell in line, the ultimate science experiment gone deadly wrong.

Numbers has been a solider through the ages and eventually something in him shifted…like his conscience kill enough people in war and well thats the first to go. He would join the original I-Corp and than once again when I-Corp would return in 2075, he would serve as a special forces solider during the Vietnam War and storm the beaches of Normandy during the D-Day invasion, he would stand shoulder to shoulder with his brothers in the Battle of the Argon and halo jump into Iraq during Desert Shield to remove the Islamic threat. He would stand with the 401st during the defence of Israel in 2014 and he would fight with the 82nd in the Battle for London during the Tir Invasion of 2018. This man has done it all and survived and that isn’t even mentioning his battle logs on the 38th Parallel during the Korean War and the countless other engagements throughout history.

This man has been a key fighting figure and all hope would be that he and the others deployed to London in 2018 would simply perish in a haze of gas and bullets, that wouldn’t be the case as this front would be one of legend like the Irish Sea and those that would survive the three days of hell on earth would become part of history and then simply ghosts of the past. Numbers would be part of a division called the Thunder Dogs a branch of the Hell Cats and like the Tigers the Thunder Dogs would become nearly extinct and referred to as the 21 Strong. Their tale is one of bravery and dedication and as much as I hate Numbers and everything these orders stand for I can’t ignore there bravery and staunch dedication…they are veterans after all.

This is dedicated to all the warriors of the shadows who have fallen in the line of duty. RIP    Crazy Glue: Killed in the Jackals Lantern by an unknown assailant, Her Murder is still under investigation by SPD  Wallace: HRM member killed in the Scottish invasion of England. Rot in Hell Wallace  Tommy: Member of the Regulators recently killed by SPD    Grimm: Member and Leader of the now defunct Ministry, killed by SPD C-SWAT. During the Deaths Hand Invasion  Mr. Walter O'Neil (Sarge): Member of a group only referenced to as the Post Office, He was killed in … END_OF_DOCUMENT_TOKEN_TO_BE_REPLACED