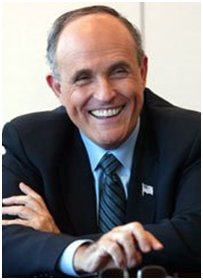 Weight: 155
Apparent Age: 60
Archetype: Physical Adept: Circle: Unknown
Preferred Weapon: Katana
Runner Song:
Bio: The mysterious Post Office has been very active as of late and some of there most hidden members, agents and hands have been slowly being exposed as this puzzle gets further close to completion. This is where the man known as the narrator comes in, this agent was a deep cover agent exposed when General James O’Brian ordered his decker to dig deep into the workings of the Post Office after the Battle for Seattle and this man came to light. Though it has taken this long to actually confirm his existence, this man is another one of the Post Offices assassins and his hands are covered in the blood of the enemy. Sadly that enemy has been agents, politicians, reporters, officers and dignitaries of the UCAS and what they call the False Flag. The Narrator has been travelling, killing an documenting each and every kill like he is telling a gruesome tale in a world of fantasy, he refers to this world as his storybook and he is the worlds greatest author. In this man’s twisted mind life and death can be decided with nothing more then a stroke of the pen; we are his characters to do with as he see’s fit.
Sadly if you look at his track record this killer has made short work of countless innocent lives and has become a serious threat to national security as he has breached the White House on a number of occasions, this man has condemned countless citizens of the UCAS and NAN to death for little more then supporting the False Flag as he puts it. The Narrator is a master of stealth and the blade, he is also able to blend into a crowd and seem like a regular citizen. This talent is what makes the Narrator extremely dangerous, he can seem un-threatening and very grandfatherly he uses this to gain the trust of security, law enforcement and his victims to be able to move freely around. If you see the Narrator it’s already to late and he has already killed you minutes prior and your seeing him as he is leaving.
Do yourself a favour when it comes to this Post Office agent steer clear and report any sightings to your nearest UCAS government agency for the Post Office has been declared an Enemy of the State and the UCAS needs to assistance of the citizens to report any terrorist or terrorist activity to your local agency to help bring an end to this war and restore peace once again to Seattle. Do you civic duty citizens of the UCAS Report all illegal activity, Report all known Patriots, Confederates, Post Office, Deaths Hand, HRM and there known affiliates and allies to General James O’Brian or your local UCAS Federal Bureau of Investigation <Domestic Terrorist Division> CITIZENS THIS IS YOUR CIVIC DUTY AS CITIZENS OF THE UCAS.
Page Written By: Special Agent Franklin Rosewater
FBI Special Domestic Terrorism Division
Federal District of Columbia

This is dedicated to all the warriors of the shadows who have fallen in the line of duty. RIP    Crazy Glue: Killed in the Jackals Lantern by an unknown assailant, Her Murder is still under investigation by SPD  Wallace: HRM member killed in the Scottish invasion of England. Rot in Hell Wallace  Tommy: Member of the Regulators recently killed by SPD    Grimm: Member and Leader of the now defunct Ministry, killed by SPD C-SWAT. During the Deaths Hand Invasion  Mr. Walter O'Neil (Sarge): Member of a group only referenced to as the Post Office, He was killed in … END_OF_DOCUMENT_TOKEN_TO_BE_REPLACED