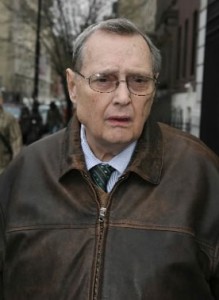 Bio: Well the man known as Lost is truly lost within himself and has crossed a line that is drawn in the sand for all of us and allowed himself to enter the world of being a villain. Though for Lost he considers himself a vigilante hunting the law breakers and bring them to justice by executing them in one of many unique and disturbing ways. For Lost, he arrived on the scene during what can be referred to as Old Seattle but he would hail in the generation known as the Lost Generation and this would be his downfall. For Lost he would get quickly swept in all the bloodshed and violence of Old Seattle and he would bring this level of violence straight into the awaiting generation and not give these new runners a chance to allow for things to change and adapt. For Lost was the first of his generation and this meant that he worked exclusively with the likes of Stamps, Ringmaster, Professor, Judge, Iceman, Seven and others of this generation that didn’t have a morale bone left in their body. He also came from a family that was nearly wiped out during the Ghost Dance and Nights of Blood. Where some members of the DiCane family where motivated to change and serving the people their where others that where more then willing to become the villain and fight the hard fight against what they called the enemy.

For Lost this was the case, he quickly gave up on any hope of being considered a hero of the shadows and adapted their murderous and callous nature. He might see himself as the spirit of vengeance but Lost is nothing more then a murderer with countless victims under his belt and his hands soaked in blood. He has traded his soul for cyber and his morales for Bio-Organic implants, he geared up and walked out onto the streets of Seattle with more the revenge on his mind and what he would become would leave a stain on the city for many decades to come.
Lost has not been very active in the last few years, but this can only be assumed that he took a large portion of his wealth and semi-retired from the game. Though when he was active the bodies kept piling up and for Lost he really didn’t care who he killed as long as he could rationalize them as guilty. This means when he would mow down a street full of gangers and kill a handful of street urchins and homeless he would not lose any sleep and his conscience would be clear only because the homeless are always guilty of vagrancy and this means they are guilty and Lost can write them off as acceptable losses. This didn’t make him very popular with his fellow vigilantes, though he would become a man that would guide the next generation and corrupt them with his twisted mentality, as many would look up to Lost as a guiding force and many would consider him to be their mentor. Though Lost himself was in need of guidance as he was only following the workings of those he looked up to and worked with, for Lost his mentor was the maniac known as Stamps and we all know that Stamps is as stable as a house of cards during a wind storm. And so the progression of Old Seattle would continue straight into the Lost Generation and through the teachings of Lost, Arctic and others of the Lost Generation they would keep Old Seattle very much alive and well. Allowing for the birth of the War of the Shadows that these old timers would never have to deal with, since they would long since be retired by the time the old clashed with the new.
Though for Lost he has been suffering within his own mind for many years and he is nothing more then a shell of himself and doesn’t seem to care one dime about any of the lives he has snuffed out and he feels he is above the law and exempt from man’s law since he is without a soul. Lost might have faded into the shadows many years ago but that doesn’t mean he is gone. Their are reports that this old killer has returned to the game and has thrown his hat into the ring, it seems that the more Seattle tries to adapt and move forward all the progress grinds to a halt when one of these old timers returns to the game bringing with them their old Seattle mentality and blood lust. I only hope the new breed is smart enough to not become like their predecessors and like the dinosaurs old Seattle can go extinct and we can move forward through diversity and progress. The world is no longer black and white, their unrelenting violent nature is a tumour that is crushing the people and causing even more unwanted violence.
So in conclusion be very careful when dealing with Lost, his mind and soul are long gone and he is nothing more then a street samurai of the olden day that claims to be a mercenary because he wears a tie and has some sort of twisted code about being a vigilante fighting for the innocent. Don’t be fooled Lost is not a mercenary, he can barley be called a vigilante. This man is a soulless killer and a street samurai born during the bloody days of old Seattle. This man is a killer and nothing more, he is part of the problem with the changes to the world of the shadows and do to him, many numbered graves are filled with innocent souls of the homeless. He was also trained and guided many of the next generation that looked up to Lost as a mentor and friend, this man’s teachings are still being felt today and I fear that Old Seattle will continue to thrive if this continues to happen. When will the cycle of violence end and when will the runners once again stay to the shadows and leave the innocent alone.
Page Written By: Shadow Writer

This is dedicated to all the warriors of the shadows who have fallen in the line of duty. RIP    Crazy Glue: Killed in the Jackals Lantern by an unknown assailant, Her Murder is still under investigation by SPD  Wallace: HRM member killed in the Scottish invasion of England. Rot in Hell Wallace  Tommy: Member of the Regulators recently killed by SPD    Grimm: Member and Leader of the now defunct Ministry, killed by SPD C-SWAT. During the Deaths Hand Invasion  Mr. Walter O'Neil (Sarge): Member of a group only referenced to as the Post Office, He was killed in … END_OF_DOCUMENT_TOKEN_TO_BE_REPLACED