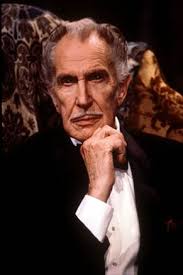 Bio: This man that was thought to be forever lost to time and history has recently resurfaced do to the recent investigations into what is called Old Seattle; This monster was lurking within the ruins of Old Rock Port and slowly growing in power through the ages. The man known as the Nosferatu is nothing more than a vampire that has grown in power beyond anyone’s imagination and seems to have adapted to the toxic qualities of radiation to further enhance his already supernatural abilities.

The Nosferatu is the true definition of pure evil and will continue his raping of mankind until he is stopped, though sadly no one can seem to stop this menace and thanks to the recent excavation of Rock Port it has not only brought this monster to our attention, but has as well unleashed him into our world. Reports indicate that this is what would be called a true paranormal vampire, something that researchers at the University Of London have been looking into since the arrival of the genetic mutation that caused the vampire disease that started to surface shortly after the events of the Great Tragedy in 2018; Some theorists believe that the disease is just a strain of the actual vampire blood mutating and creating what we know of today as the vampire.

This man has been forgotten and lost to time, he has been all but erased from the record books after the town of Rock Port went missing in the early part of the twenty-first century; though now over half a century later the monster has been brought forth and with him an unknown element and unknown level of power; he is pure evil and something that should be brought to the attention of the people, don’t be lured by this twisted devil of a man, his attentions are not good, he feasts on the blood and souls of the living. This beings powers, magical prowess and combat skills are unknown as the researchers within the University of London have come up with nothing after many years of dedicated study into the phenomenon of vamperism.

So if you see this man on the street stay clear and report any activity to the Seattle Police Department, as he is an unknown element and a master vampire; he as well harnesses the toxic powers that have mutated and twisted his mind further. The Nosferatu is a true menace and threat to the people of Seattle and maybe even the known world, though what is scary is that he remained concealed for over fifty years and moved in secret under our feet. If their is one of these things in the world, their are more and thats what is frighting; it took half a century to locate this one and his powers are unknown, if their are more lurking under our feet within Old Seattle could really become a real threat if their are more like the Nosferatu lurking about; their are times that it’s best to leave the buried past buried for you never know what you will unearth.

This is dedicated to all the warriors of the shadows who have fallen in the line of duty. RIP    Crazy Glue: Killed in the Jackals Lantern by an unknown assailant, Her Murder is still under investigation by SPD  Wallace: HRM member killed in the Scottish invasion of England. Rot in Hell Wallace  Tommy: Member of the Regulators recently killed by SPD    Grimm: Member and Leader of the now defunct Ministry, killed by SPD C-SWAT. During the Deaths Hand Invasion  Mr. Walter O'Neil (Sarge): Member of a group only referenced to as the Post Office, He was killed in … END_OF_DOCUMENT_TOKEN_TO_BE_REPLACED