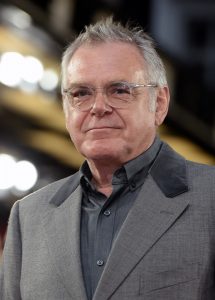 Bio: All hail the king of the warriors, All rise for Alva Mitchell….for the darkest days of the UCAS are upon us as STAGE 5 unleashes hell and world war looms on the horizon. Though we can all take ease in knowing yet another world class spy is here to free us from the lies of our forefathers. Okay is that enough fake praise for yet another traitor to the UCAS, Alva Mitchell is another of the CIA dogs that worked within the UCAS Intelligence Division and helped destroy the sheer foundation of the new government that he worked within. Alva is another of the long line of spies that have been gifted immortality from the Federal Immortality Project and yet has decided to forsake the same government that gifted him with immortality and has worked tirelessly to dismantle it.

Alva is a Mitchell and you know what that means, yes readers he is family to the traitorous Jarred Mitchell even though we now know Jarred’s name is fraudulent and nothing more than a stolen identity of a deceased child. We can assume that Alva’s surname is as well stolen as it seems to be a trend with these world class undying spies. What we do know from recent discovered records is that Alva Mitchell is the younger brother of Jarred and he is as well connected to the dreaded Yates family through marriage.

Alva married the older sister of Yale Yates and thus tossed himself directly into the legacy of terror cast down by the Yates clan. Alva worked in the CIA and partnered alongside MI6 where he would become close friends with Lord Marvin Yates as he helped the British Noble evade capture and migrate to America. While in the CIA Alva would work alongside the likes of Yale Yates, Jarred Mitchell, Johnathan White, Patrick O’Hair, Montgomery Hilliard, Rutherford Bernard and Elmer Canterbury. These men’s names should sound very familiar as they are all world class spies and assassins, the names listed before you are the names of those responsible for STAGE 5 and are now being haled hero’s when they should be strung up as traitors instead.

The Blacksmith is his code name when Alva was within the company and he would be the man that would build all the scary little toys and gear that the agency would use to spy on supposed international threats, though we know that the CIA worked within the UCAS and would use all their terror inducing tactics to spy on and hunt those deemed an enemy to what they called “Old World Blues.” with Alva being the worst of the bunch.

This man would abuse his status within the CIA to gain favour and trust throughout the UCAS and the many federal agencies and foundations that where more than willing to allow this charismatic and manipulative scum in their doors and near their data banks. Alva has worn many hats throughout his days in the company and under the direct orders of his brother to be nothing more than a figment he would become a master of deception and disguise, Alva has been a Special Agent for the FBI, a Federal Court Judge, a Detective within the Capitol Police, an Agent for Homeland Security, National Security Agency, Alcohol-Tobacco and Firearms, and many more throughout his long career as a spy.

Alva would be a key player in STAGE 5 seeing that he was unknown to most and he was able to gain direct access to the offices and data terminals that Jarred and Elmer needed to deploy their most devastating viruses, spyware and malware. We can also thank this group for many of the electronic spyware and malware we have to deal with and oh who did you think came up with the idea for Anti-Virus Software….well you guessed it readers the men we now know as the Four Horseman. Jarred Mitchell, Elmer Canterbury, Alva Mitchell and Montgomery Hilliard. We thought for a while that Yale Yates was the missing link in the Four Horseman but recent sources have verified the final Horseman and the existence of Alva Mitchell and so the circle of terror is complete.

The Horseman want us to believe the flood of information they have unleashed into the media and onto the matrix and as they call it “Tear Down the Wall” or simply “Watch it Burn” but how can we trust anything that stems from decades of espionage and deception against their ow government. We are lead to believe that Montgomery Hilliard was just a Special Field Agent and would go rogue, murder his coworkers and flee the company not long after the Great Tragedy of 2018; though records indicate he was the handler for Agent Johnathan White and we all know that Agent White was simply a tool of the Four Horseman and when that tool was no useful they tossed it aside.

This recent revelation brings a new level of threat to all citizens of the UCAS seeing that the Four Horseman all working together again now and they are deeply secured within the new US Elite as the Intelligence Division. The Horseman have direct access to their tool once again within the Harbingers and now with the rebels controlling the highest seat in the land one can assume justice will never be levelled onto the Horseman as they are a valuable asset to the Harbingers and the Rebellion.

The Blacksmith is yet another Horseman to be discovered to be within the Presidents Men and deep within the halls of the Post Office and really that is not a surprise seeing these men made a living being assassins and spies where better for them to flock than with birds of a feather. Alva himself has been working alongside Arthur Rummy, Woodrow McDaniels, and Joshua Dean for decades and securing that Black Site with all the sensitive data they could ever need; it’s a wonder the UCAS was ever able to stay ahead of the rebels until now with the Horseman playing the system. I can also see why Jarred Mitchell wasn’t executed by the rebels seeing the other Horseman would have vouched for him and Jarred’s arrest is nothing more than a shell game and a way for him to vanish into the Harbingers and receive the needed protection that a pencil pushing bureaucrat would need.

So unfortunately I don’t have much more information about Alva Mitchell and his capabilities as the Blacksmith is very good at his job and has stayed off the radar. His combat prowess is expected to be off the charts and his abilities in deception are to be beyond that of the Man in White, and well I guess we now know where the Professor learned his deception talents from his in-laws in the Four Horseman. This man is part of a very scary grouping of spies and assassins and one that cares little for the survival of the UCAS and wants nothing more than to watch it burn to the ground.

So when confronting the Blacksmith be very cautious as he is very social and charismatic so his tongue is far more deadly than his blade. This man is well versed in stealth, toxins, viruses, electronic warfare, and martial combat so do not underestimate the Blacksmith and whatever you do never accept anything from this man or you won’t be long for this world. He is still very bitter about the murder of his wife Susan and his children being butchered by Legion so if you call the UCAS your home and you salute the flag you are nothing more than a speed bump for the Blacksmith.

His family was murdered by Legion on December 31st 2073, and do to this those wounds are still quite fresh and the Blacksmith has a serious score to settle so best to stay out of his way or he will end up causing your loved ones to grieve you my reader. This man is CIA assassin, cleaner and eraser and on the top of his game, he worked with and trained with Cleaner Linus Birdwhistle, Cleaner Arthur Murdock, Cleaner Charles Butler and not to mention fellow Horseman Montgomery Hilliard so you have been warned legend states that all cleaners cross train and continue to test the skills of each other.

The Blacksmith is now exposed and hopefully with the final piece of the puzzle now in place we can bring an end to this STAGE 5 and restore order seeing that this is nothing more than the work of arrogant, angry and deceptive spies of the Four Horseman. Alva being outed means that this spy will have to seek protection as the world now knows his face and name, this bastard kills from surprise and now that has been stolen from the Blacksmith we have the advantage and the Demure will never stop outing these rebel bastards.

<<OH, if your reading this Bilbo…..you are a real man, intimidating a room full of teenagers that where just expressing their protected rights. Big Rebel man frighted by a few children and having to resort to censorship, very UCAS of you and very Director Mitchell of you as well….seems you have been corrupted by the Four Horseman and are nothing more than a traitorous bastard protecting your little whore and her nancy boy of a brother.>>

This is dedicated to all the warriors of the shadows who have fallen in the line of duty. RIP    Crazy Glue: Killed in the Jackals Lantern by an unknown assailant, Her Murder is still under investigation by SPD  Wallace: HRM member killed in the Scottish invasion of England. Rot in Hell Wallace  Tommy: Member of the Regulators recently killed by SPD    Grimm: Member and Leader of the now defunct Ministry, killed by SPD C-SWAT. During the Deaths Hand Invasion  Mr. Walter O'Neil (Sarge): Member of a group only referenced to as the Post Office, He was killed in … END_OF_DOCUMENT_TOKEN_TO_BE_REPLACED