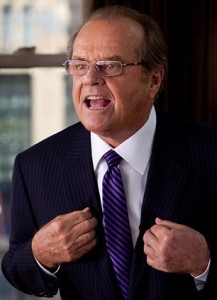 Weight: 175
Apparent Age: 60
Archetype: Physical Adept: Circle: Unknown
Preferred Weapon: Ranger X Bow
Runner Song:
Bio: Well when it comes to this professional, I am terrified. Outback you guessed it is a physical adept from Australia that has decided to throw his glove into the game. This runner is another the hails from those early days but never stepped foot into Seattle till now, so according to Fable’s warnings they don’t apply to the likes of men like this. Outback was a terror of his homeland, so much so that he was officially erased from the history books and eventually run out of the county by Australian forces. This man just re-emerged inside Europe and quickly made a name for himself as a Euro Runner working for both the HRM and Deaths Hand, this runner cares for only one thing and thats the all mighty credit and nothing else. He needs to be taken very seriously for anyone who can survive the Australian shadows for as long as Outback has, is on the same page as a long time resident of Bug City. So yes I am saying that Outback has to be close to the power level of Stamps, and now this beast has walked into the Seattle shadows ready to bring his down under style to the Emerald City.
His work in Australia is all but gone and erased and the authorities there won’t even recognize or admit they ever heard of the Outback, sound familiar if so take a quick look over at the Brothers Grimm, what we do know about Outback is this is not the first time he stepped foot on American soil. Back in the 2040’s he was here and doing work in the CAS. He was on an operation to infiltrate the UCAS White House and steal sensitive data for the SOTC President Edward Davis. Davis knew he needed the best of the best to complete this suicide operation, so he hired the Outback, the Accountant, and the Badger to complete this task. needless to say the three men where more then successful and there actions on that day have led to the SOTC not only maintaining a power hold in the CAS but eventually being able to take control of the CAS and turn it back into the CSA.
Outback’s abilities are unknown, but we do know he is a master with the bow on par with the likes of Panama, Oculus, and Orion. He posses some lost and forgotten adept abilities and has some gifts that only Australian natives can posses do to the wild magic. This man’s skills are off the charts and his work has been basically eradicated from the history books. This man is sitting on vast wealth and is only still playing the game out of respect to his friends Edward Davis and Alexander Church.
We can assume what side of the war Outback is on and we can assume that he is part of the either the SOTC or Deaths Hand if not a full member a well protected friend of theirs, so whatever you do, do not approach the Outback he is as wild and unpredictable as the country of his birth. He seems to be quite content on stinking around and seeing things through to there final conclusion. A man like Outback is the last thing we need here in Seattle at this time. I can only hope he meets a quick end and arrested for his crimes.

This is dedicated to all the warriors of the shadows who have fallen in the line of duty. RIP    Crazy Glue: Killed in the Jackals Lantern by an unknown assailant, Her Murder is still under investigation by SPD  Wallace: HRM member killed in the Scottish invasion of England. Rot in Hell Wallace  Tommy: Member of the Regulators recently killed by SPD    Grimm: Member and Leader of the now defunct Ministry, killed by SPD C-SWAT. During the Deaths Hand Invasion  Mr. Walter O'Neil (Sarge): Member of a group only referenced to as the Post Office, He was killed in … END_OF_DOCUMENT_TOKEN_TO_BE_REPLACED