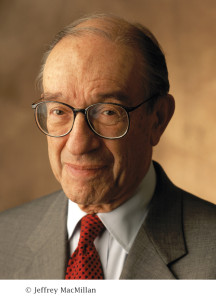 Weight: 145
Apparent Age: 60
Archetype: Mercenary
Preferred Weapon: DAOD Needler
Runner Song:
Bio: This man is real threat to our way of life, he is a Zionist inside the Deaths Hand, and he fills all the stereotypes set forth. This man has hung up his combat gear for the suit and tie a long time ago, and took his special kind of war straight to the board rooms and smoke filled rooms where our leaders meet. The Architect is a very influential man and wars start and end basically on his say so. He has his hands so deep in our world leaders pockets, this might explain why the Hand moved so quickly and was ignored for so many years. This man with one phone call can crash an economy and I don’t mean like a decker by hacking, no literately crash a countries economy. He sits on Alexander’s council of elders and hides within the ivory tower of there fortress. This man is the real deal and like Acme he has only one goal, the complete domination of the world by the Hand to enforce his new world order mantra upon us all. The Architect being on the council of elders proves that Alexander’s Christian crusade is just a façade and he has no issues with the Jewish people, just those that don’t serve his agenda he has a problem with.
Prior to hanging up his combat gear this man was the Commander of the Brotherhood of Mercenaries and fought with the Israeli guard against the Islamic threat, He helped the Deaths Hand infiltrate Israel and take control by executing the Prime Minister in the name of the Hand. He might be more of a behind the scenes man now but that doesn’t mean he is not spot on with his combat skills and he is always training with the Hands elite as he is also a member of the fabled inner circle and to sit amongst those monsters one must have proved and continue to prove themselves as being spot on and extremely lethal in combat. The Architect has been given command of the Hands Eastern forces and is currently applying pressure to the Russian boarder. No General wants to be going against this man in combat since he is so influential he can make an opposing forces life a living hell. The Architect is not a man to take for granted, he will have you executed for just breathing the wrong way. and his skills on the battlefield both in tactics and combat are terrifying, I really do think his bony little hands are sunk into Seattle, FDC and we know he has his choke hold on Richmond so I can say soon enough the CAS will become a Hand State and if that happens God Help us all.  .

This is dedicated to all the warriors of the shadows who have fallen in the line of duty. RIP    Crazy Glue: Killed in the Jackals Lantern by an unknown assailant, Her Murder is still under investigation by SPD  Wallace: HRM member killed in the Scottish invasion of England. Rot in Hell Wallace  Tommy: Member of the Regulators recently killed by SPD    Grimm: Member and Leader of the now defunct Ministry, killed by SPD C-SWAT. During the Deaths Hand Invasion  Mr. Walter O'Neil (Sarge): Member of a group only referenced to as the Post Office, He was killed in … END_OF_DOCUMENT_TOKEN_TO_BE_REPLACED