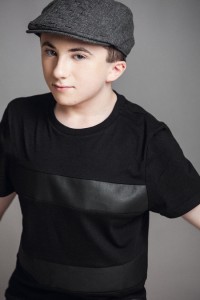 Bio: This new timer to the world of the shadows, is less a runner and more of a problem child then anything else. Toad has taken his inspiration for the runners he adores, Toad is a fan of the popular runner programs, movies and games this kid has brought his love for their antics into the real world. Toad is charismatic enough to have formed a small team of like minded youths to enter the adult criminal world and slither around unnoticed as children normally do. Toad has been successfully able to pull the wool over his families eyes and he operates out of the secret location called “The Club House”. Toad feels that as a kid, he can get jobs done that no adult is capable of doing, and being a child gives him an extreme advantage of being underestimated and unnoticed.
Well as for the work he has done, there really is nothing to report, as Toad and his crew of juvenile delinquents have only pulled off a handful of operations. Though from what I have been able to dig up, they have taken a blow to the federal offices in the Lynnwood district and are responsible for a string of arsons that have caused homicides in that district over the past few weeks. Toad having entered this world at a very young age is either destined for a very early grave, or destined for greatness there is no middle ground here.
One thing is certain, Toad is smart enough to know what he see’s on the silver screen is not real. He is smart enough to know how to cover his tracks and he is smart enough to led his squad of misfit children and keep everyone alive and off the Seattle Police Departments radar. Though where this kid lacks is in the street smarts and common sense, he has angered the UCAS and as well stuck his nose into other runners affairs. He seems to be keeping his antics to the Lynnwood district and considers himself a mercenary. Though no legitimate outfit would ever dare to hire a child mercenary, so he must be working for shadow outfits. This is going to be Toads biggest issue, he is not experienced enough to smell a trap, and this could end badly for this youngster.
For Toad he has also claimed control over the school he attends, and as a legitimate runner who has made the news, he has received new found popularity and this reputation has allowed him to become the king of the school. The faculty just write off this kids claims as an over active imagination but in reality this is his edge, he has them all fooled and Toads bat has spilled blood. He claims he is avenging the wrongs done to his best friend and he will not stop till even the children are free from the clutches of the False Flag. Toad is a definite rising star amongst the New Breed of runners and will be someone to watch in the coming years.
Page Written By: Shadow Writer

This is dedicated to all the warriors of the shadows who have fallen in the line of duty. RIP    Crazy Glue: Killed in the Jackals Lantern by an unknown assailant, Her Murder is still under investigation by SPD  Wallace: HRM member killed in the Scottish invasion of England. Rot in Hell Wallace  Tommy: Member of the Regulators recently killed by SPD    Grimm: Member and Leader of the now defunct Ministry, killed by SPD C-SWAT. During the Deaths Hand Invasion  Mr. Walter O'Neil (Sarge): Member of a group only referenced to as the Post Office, He was killed in … END_OF_DOCUMENT_TOKEN_TO_BE_REPLACED