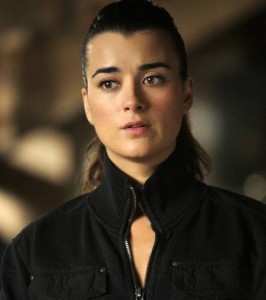 Bio: This young runner has entered the world of the shadows even though she comes from a good home and has really no reason for being a runner. For Trinity being a runner is more then just credits, fame and a chance at the big score, for her it’s personal and this adept has a serious score to settle with the elven nation and the natives. When Trinity was in high school she was assaulted and raped by members of a native street gang and to make matters worse when she was recovering from that attack, her home was ransacked and her parents were physically assaulted and her mother was raped at gun point while her father was forced to watch helplessly. The attackers were part of the elven gang known as the Ancients and the rape and robbery was an initiation rite. Trinity sat helpless as her parents where traumatized and she had to listen to her father beg for is wife and listen to her mother being abused, Trinity crawled into the room only to watch her father being rapped by two elven gang bangers and then shot twice in the back after.
Trinity vowed revenge on that day for her parents and what had been done to her and after her parents recovered and Trinity was old enough to leave home this runner decided that she would cash in her student loans and enter the streets as a spirit of vengeance, she knew her folks wanted her to go to collage, but Trinity knew that if she didn’t take action against the street gangs the local people would never be safe. She felt that her skills and her talents where better served fighting the problem, then being wasted in some corporate job as a wage slave. So Trinity just began a life of lies to her folks about having a nice cushy office job, even though this runner was living on the streets and starting to pile the bodies up one by one.
This is how she gained the attention of the Freedom Patriots and eventually joined there fight against what they called the enemy of man, Trinity couldn’t careless about the actual cause and as long as she got to kill the elven and native gangs she was more then happy to oblige the wills of the Patriot leadership. Trinity over the years has seen exactly what the Patriots are fighting against and has even at times assisted the Human Resistance Movement in there genocidal campaign against the elves here in Seattle. This young women with so much of her life ahead her, has chosen to become a warrior of freedom and a warrior against those that did her wrong.
Trinity is now fully embedded into this war and she doesn’t seem to care how many of Seattle’s enemy she has to kill as long as the blood flows through the streets and revenge is served. Trinity is a solid soldier and is one part of the Mayors secret police force, she is one of Kingsbury’s personal hands to silence the enemy and eventually bring piece to the streets of Seattle. Trinity see’s this as a solid chance to bring down the Ancients one by one and crack the skulls of the native soldiers and gang members. Hey in her words, “Can’t make an omelet without breaking a few eggs.” Trinity you might be going to extremes but at least you are protecting the civilians against the threats of the underworld and keeping the war away from the innocent.
Page Written By: Shadow Writer

This is dedicated to all the warriors of the shadows who have fallen in the line of duty. RIP    Crazy Glue: Killed in the Jackals Lantern by an unknown assailant, Her Murder is still under investigation by SPD  Wallace: HRM member killed in the Scottish invasion of England. Rot in Hell Wallace  Tommy: Member of the Regulators recently killed by SPD    Grimm: Member and Leader of the now defunct Ministry, killed by SPD C-SWAT. During the Deaths Hand Invasion  Mr. Walter O'Neil (Sarge): Member of a group only referenced to as the Post Office, He was killed in … END_OF_DOCUMENT_TOKEN_TO_BE_REPLACED