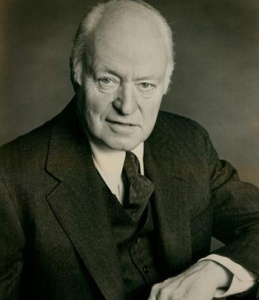 Bio: The Principal is not your friend, this man is a stone cold killer and he is what would be referred to as a Street Mercenary. He is a boarder line samurai and this is a very dangerous and deadly combo, for he holds the values of a street samurai and focuses on the skills and tactics of a true mercenary. He is very charismatic and a natural leader, though he is as cold as ice. He cares little about leaving a trail of blood behind in his wake and he holds no code of conduct, he will do anything that he is approached with. This is why he is a street mercenary and not a true soldier of fortune, he does whatever he damned well pleases. The Principal is old and has been operating primarily out of Denver for his long career and only as of recent has come to Seattle, he migrated to the Emerald city do to the tensions between the natives and non native citizens and escaped Denver before the lock down.
This man being within the shadows of Seattle now, means that the blood will spill again as the Principal opens detention hall. This Denver runner has been all over the walled city and travelled though the many zones with ease, he is always over looked and before being zeroed he worked as a school administrator hence where he got his handle. This man is a lethal as they come and he lurks the streets now like he once lurked the halls, he is man who has become an urban predator and is a shinning example of what happens if you trade to much of your soul for cyber. If your looking for a runner that is willing to do anything and go to any extreme needed look no further, for the Principal will gladly accept your hall pass, but his detention hall is one no one ever wants to enter. So be cautious with this freelancer, he may seem professional, but he is far from it.
Written by: Shadow Writer

This is dedicated to all the warriors of the shadows who have fallen in the line of duty. RIP    Crazy Glue: Killed in the Jackals Lantern by an unknown assailant, Her Murder is still under investigation by SPD  Wallace: HRM member killed in the Scottish invasion of England. Rot in Hell Wallace  Tommy: Member of the Regulators recently killed by SPD    Grimm: Member and Leader of the now defunct Ministry, killed by SPD C-SWAT. During the Deaths Hand Invasion  Mr. Walter O'Neil (Sarge): Member of a group only referenced to as the Post Office, He was killed in … END_OF_DOCUMENT_TOKEN_TO_BE_REPLACED