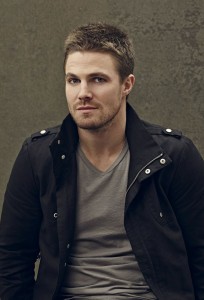 Bio: Arrow is the king of the archers in Seattle and he makes damn sure he stays on the top. This man will kill anyone who claims to be the best, Arrow worked with the Wind Runners prior to joining Helix, he fancies himself a vigilante hunting the wicked and has his sights set on the monsters killing his friends. I even heard he struck down Seven, though I do know Seven survived the attack sadly. Arrow might be Helix but he basically works alone or with the highest bidder, I heard he even worked for the HRM on occasion when they were in Seattle so I am not sure exactly how I feel about this man. I do know the originals are in for a fight with Arrow gunning for them, this man has done some seriously epic jobs in the past and was part of the Titanic operation so Arrow has some pretty powerful friends to call on for help. Good luck Arrow on your hunt of the Old Coots.
I want to report more on Arrow but it seems that Helix’s decker is making these bio’s vanish so I will stop here.

This is dedicated to all the warriors of the shadows who have fallen in the line of duty. RIP    Crazy Glue: Killed in the Jackals Lantern by an unknown assailant, Her Murder is still under investigation by SPD  Wallace: HRM member killed in the Scottish invasion of England. Rot in Hell Wallace  Tommy: Member of the Regulators recently killed by SPD    Grimm: Member and Leader of the now defunct Ministry, killed by SPD C-SWAT. During the Deaths Hand Invasion  Mr. Walter O'Neil (Sarge): Member of a group only referenced to as the Post Office, He was killed in … END_OF_DOCUMENT_TOKEN_TO_BE_REPLACED