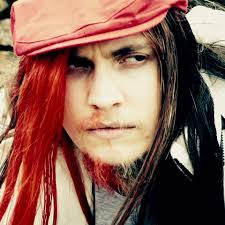 Bio: Crimson is semi new to the streets and his anger can be felt throughout Seattle and his rage is for damned good reason, he is one of the many children of Robert and Celinda Hill also known as Raptor and Crazy Glue. After the death of his parents he would refuse to leave Seattle like the rest of his siblings and he would walk right into the shadows a life his parents tried to keep him out of. Though for Crimson he saw no other option and Seattle was the only home he ever knew and he would choose the lifestyle of his parents of the protected life within Boston; Atticus would rather live and die on his own terms and not be sheltered by his fathers friends within Boston and end up sitting behind a desk or walking the beat, freedom is what he craved and freedom is what he is willing to die for.

This runner is young even though he appears older, it seems that having cyberware does affect the outcome of your offspring something that only today are we noticing and soon the Surgeon General will be putting a warning on all chrome as it causes adverse side affects to the children of those that have the metal in their body. Crimson is not the only legacy runner with very well known parents and very successful runners. He was exposed to the world of the shadows at a very young age when many of their parents teammates and friends would visit on a regular basis, as well as their enemies attacking whenever the wind would blow the wrong way. For Crimson he just couldn’t see past the glory and fame and would get in trouble often for his desire and love of the dark world his folks walked in also Robert Hill a former Marine Corp Lt.General would as well not approve of his son’s hair and attitude, but he just accepted it to please his wife as they say “Happy Wife, Happy Life” this even applies to killers like Raptor.

Well Crimson was already within the shadows before his father was elected Mayor and had walked out of the home to make a name for himself, he would stay in touch with Celinda and occasionally Robert but there relationship had been strained do to Roberts ultra conservative views and his deep seated traditions; though the major tipping point would come when Celinda aka would be murdered by the Deaths Hand and Robert assassinated by the Natives. He would swell with anger and take his fight directly to the streets and forgo any sense of self preservation, he would strike any known Deaths Hand or Native location within Seattle and this would come with a steep price for Crimson as the Hand doesn’t take kindly to some snot nose kid causing them issues and Alexander would take swift action and dispatch his assassins to remove Crimson before he would become a serious threat.

The Native assault would garner the attention of the Brotherhood and Freedom Patriots and bring Crimson some very unwanted attention and eventually an offer he couldn’t refuse seeing the Deaths Hand was hot on his heals and he knew he could only out run the assassins for so long before they caught him and he ended up nailed to a cross or worse. Crimson would join the Patriots under formal protest, but at the same time he was content seeing it would get the Hand off his back and he could continue seeking revenge on those who killed his father. He might hate the Hand, but learned that poking the bear known as Alexander Church would leave to a very short life and no where to hide from his wrath; even the friends of his parents would try to warn Crimson that angering the Deaths Hand is not something that anyone ever does intentionally cause it can end up with dire consequences, it would take his mothers best friend Switch Doctor to convince him that it’s best to leave the Hand alone unless you want to end up dying slowly on the cross.

Even though Crimson is part of the Patriots, he considers this more an honorary membership instead of a direct membership; though he knows that his siblings are within Boston and living with General Kingsbury so he has to tread lightly seeing that he wishes not to anger a man not known for his tolerance of anyone that ends up on his list of enemies or annoyances end up vanishing without a trace. Also the streets where becoming far more dangerous as Old Seattle was returning and Crimson would be stuck between a rock and hard place; he listened to his fathers disdain for the UCAS (United Canadian American States) do to him serving within both the United States and UCAS military as a commanding officer; with his time on the street and the violence erupting between the rebels and the UCAS Crimson could see what his father was talking about quickly unfold before his eyes and his freedom was now in jeopardy, everything Atticus gave up to live free was about to fade away in a bloody revolution and the stage was set for this youngster to make his name known for good.

With the war for Seattle in full swing and having survived the first two battles he knew that he could not go it alone anymore being freelance was way to dangerous and he needed people he could trust watching his back. With most of known teams full up and not looking for any new members and the Patriots keeping him busy it would only make sense that he end up being discovered by Toad of the Despicables and do to his legacy he would fit right in with these problem children who are all legacies themselves and sticking it to the UCAS as well working to help the city by uncovering the hidden secrets within the under city and bringing to light even more of the tyranny of the UCAS. There hatred to the UCAS and Natives is well known as this team has actively worked to bring down anyone who undermines their freedom and being young they are easily overlooked and forgotten by the more seasoned and senior runners.

Once given the offer to join the team by Toad, Crimson would accept and bring his brand of violence to the city and show everyone just what a child of Raptor and Crazy can do and that my readers is terrifying to witness to see hair, teeth and claws going to town on the enemy forces as this killer surly is his fathers son. Crimson must have missed the lessons taught by his mother in compassion and forgiveness. Though even the Hand who might be on his list has become nothing more than a memory as the Despicables won’t strike any Hand member or location some say out of fear, I say it’s cause the leader is the son of High Commander Tutor Yates of the Deaths Hand and the brother of Brigadier General Maximilian Yates of the German command force. This doesn’t please Crimson but he knows it best to keep these people close than to not know when they are around cause Alexander might not be having Atticus hunted now but that doesn’t mean things will change once the war with China is over.

We all now know that Robert Hill is Raptor and he is very much alive and only playing possum for a period of time, I feel that he was playing dead to spark the first shots of the revolution but I can’t prove it so that is just my opinion and not factual. Though with Raptors return it has only strengthened Crimson’s resolve to keep fighting i hopes to one day prove his worth and receive an invention to join the Mariners and one day fight along his father and friends. Though he has never forgotten about his poor mother and hopes to one day avenge her death, even if it is to still be alive long after the Deaths Hand crumbles and becomes nothing more than a stain on this planet.

Crimson has………………………………………………..PANAMA Here, well can we ever teach these reporters that saying anything negative about his Majesty and the Hand will end with only one outcome “Upon the Cross” 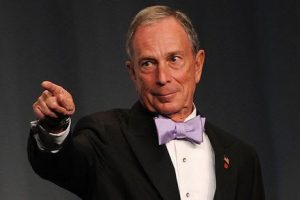 <<Keep up the good work journalists, I do need more decorations for my crosses and you will do just fine; you have been given permission to personally pick your own nails and cross….oh you i will have carry your own cross to the place of your execution.>>

This is dedicated to all the warriors of the shadows who have fallen in the line of duty. RIP    Crazy Glue: Killed in the Jackals Lantern by an unknown assailant, Her Murder is still under investigation by SPD  Wallace: HRM member killed in the Scottish invasion of England. Rot in Hell Wallace  Tommy: Member of the Regulators recently killed by SPD    Grimm: Member and Leader of the now defunct Ministry, killed by SPD C-SWAT. During the Deaths Hand Invasion  Mr. Walter O'Neil (Sarge): Member of a group only referenced to as the Post Office, He was killed in … END_OF_DOCUMENT_TOKEN_TO_BE_REPLACED