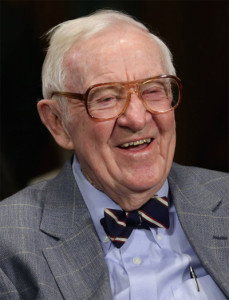 Bio: Salem well this man might look frail and elderly but DO NOT let that fool you, he is the real deal when it comes to martial combat. Salem though spends most of his day in the courtrooms and defending the rights of those that where violated under the Treaty of Denver and this man is damn good at being a Lawyer. Though Salem is still a Patriot and he is really just a recruitment machine for this order, nothing better then a disgruntled citizen to bring into there flock, also he looks like a kindly old Grandfather type and this sets those at ease and makes them more susceptible to the brainwashing of the Patriots. These men are nothing but frauds preparing to fight for a dead ideal, the UCAS is here to stay people get over it. I really have to thank the Negotiator for blowing the doors wide open on this and bringing this group to my attention. Salem is a very skilled adept and don’t think that the cane he walks with is just for show, he is a master with that weapon and I have seen footage of Salem bring a troll to his knees begging for mercy. Needless to say Salem let him live but not before giving the troll one more swift shot to the back of the skull sending him to dreamland.
Salem has done nothing illegal as off yet that we know off, but that doesn’t mean he hasn’t in the past. Just with a decker friend like Cyclops its easy to make things go away forever, I heard Salem is coming to Seattle to give a speech at the arena for the Patriots recruitment drive, I do hope SPD wises up and shuts that event down or we might see another night of rage as Salem brainwashes the attendees and sends freshly twisted minds out into the cold night with only his false message burning deep in there minds and we have a mob to deal with.

This is dedicated to all the warriors of the shadows who have fallen in the line of duty. RIP    Crazy Glue: Killed in the Jackals Lantern by an unknown assailant, Her Murder is still under investigation by SPD  Wallace: HRM member killed in the Scottish invasion of England. Rot in Hell Wallace  Tommy: Member of the Regulators recently killed by SPD    Grimm: Member and Leader of the now defunct Ministry, killed by SPD C-SWAT. During the Deaths Hand Invasion  Mr. Walter O'Neil (Sarge): Member of a group only referenced to as the Post Office, He was killed in … END_OF_DOCUMENT_TOKEN_TO_BE_REPLACED