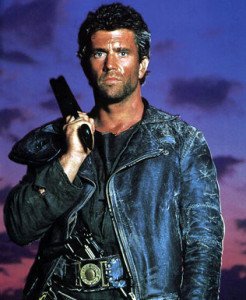 Weight: 225
Apparent Age: 50
Archetype: Physical Adept: Circle 12
Preferred Weapon: Katana
Runner Song:
Bio: Blaine is one of the good guys of the streets, though his carrier was short, his list of accomplishments is vast. Blaine choose to walk away from the shadows after short 5 years of operation. He has now become what people call the King of the Wastelands, he has taken in the scavengers and raiders of the out laying regions and gave them purpose and direction and for that they will follow this man to the ends of the earth. Blaine is also the friend of new shadowrunners as he offers aid and help to those lost in the jungle, He can be routinely found scouting out the bus and tube terminals for misguided youths who are loured to the lifestyle of being a runner by the trideo and movies that glamorises the life style. Now there is nothing wrong with that, but there are monsters out there that will gobble up these rookies that are not reported on.
Blaine’s work as runner was mostly helping out local projects being harassed by gangs and clearing out insect spirit hives. He never took a job that had wet work and wouldn’t kill if it could be avoided. He made sure security officers and police officers made it home to there families and if there death could’t be avoided he would send the families a stipend of money as a apology. This is a man with a heart and soul, he makes me proud to have runners in my city. I only wish more were like him.
Blaine was involved in the second emergence of the Universal Brotherhood and aided in there final eradication, he also helped destroy the spirit threat of council island. His carrier was short, but his legacy will live for years to come. Blaine said he walked away because he heard the whispering in the wind. He looked up to original Fable and heeded his warning. He now looks after the new generation and guides them when needed. If you are ever in need of a place to crash or hide out seek out Blaine in the wastes and he will give you food and shelter.

This is dedicated to all the warriors of the shadows who have fallen in the line of duty. RIP    Crazy Glue: Killed in the Jackals Lantern by an unknown assailant, Her Murder is still under investigation by SPD  Wallace: HRM member killed in the Scottish invasion of England. Rot in Hell Wallace  Tommy: Member of the Regulators recently killed by SPD    Grimm: Member and Leader of the now defunct Ministry, killed by SPD C-SWAT. During the Deaths Hand Invasion  Mr. Walter O'Neil (Sarge): Member of a group only referenced to as the Post Office, He was killed in … END_OF_DOCUMENT_TOKEN_TO_BE_REPLACED