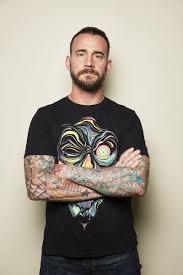 Bio: Bolt is the teams hermetic magi and we believe his circle is 22 but this can be higher, as the military keeps tose records very tight lipped. He is the King of the mana bolt hence where his name came from. His spell is so powerful that it actually breaches the astral plane and can be seen by anyone in eye shot of this spell. He was the youngest member of the squad, he was a street magi when James recruited this troubled youth from the mean streets of Detroit. Bolt was a handful for James in the beginning but eventually feel in line and considers James to be more of a Father figure then a Commanding officer and hence this magi will do anything for him and I mean anything.
Bolt doesn’t look like the rest of the squad as he is normally in street clothing and his hair might be regulation in length but that doesn’t mean it’s regulation in colour, He is basically always with his commander unless he is needed on an operation and James makes sure this kid is equipped with the best magical gear money can buy. Bolt is no slouch in combat and his street life taught him many skills he still uses today, so don’t under estimate Bolt with his spells he can paint you for James from across the world with never actually being there. If you think that the mythical anti magic gel will work on him your dead wrong, Bolts Pseudo Father had him genetically modified to be immune, I am not sure who that’s possible and I really don’t want to know either.
Bolt might look like a cool kid to go clubbing with and have a crazy night with, don’t this man is all business at all times. He is never alone and always working, he thrives under pressure and is always looking to please James. The only thing that makes James happy is seeing shadowrunners locked up or killed, so remember this when dealing with bolt.

This is dedicated to all the warriors of the shadows who have fallen in the line of duty. RIP    Crazy Glue: Killed in the Jackals Lantern by an unknown assailant, Her Murder is still under investigation by SPD  Wallace: HRM member killed in the Scottish invasion of England. Rot in Hell Wallace  Tommy: Member of the Regulators recently killed by SPD    Grimm: Member and Leader of the now defunct Ministry, killed by SPD C-SWAT. During the Deaths Hand Invasion  Mr. Walter O'Neil (Sarge): Member of a group only referenced to as the Post Office, He was killed in … END_OF_DOCUMENT_TOKEN_TO_BE_REPLACED