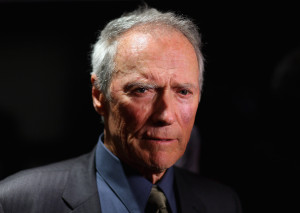 Weight: 200
Apparent Age: 60
Archetype: Street Samurai
Preferred Weapon: Assault Nemesis
Runner Song:
Bio: Templar what can be said about him, he is another member if the inner circle as are all the profile on this page, Templar began his life as a member of the Royal special forces, though he quickly defected and joined the Hand for Alexander paid better and Templar saw potential for growth inside the Hand over working for the crown. Boy was he right, he has served the hand loyally and the has done him well. He has worked directly under the Professor from his start and Templar proved himself a valuable asset from the start.
He was dispatched to Cairo to take the CAS embassy there to secure the location of the Stone Wall for War Machine. When CAS forces assaulted to take the embassy back, Templar and the Professor made short work of the entire squad killing all but one lone solider sparing him as a message to the CAS and it seems they got the hint. As they never made a counter strike and pulled completely out of Cairo well they were short one Stone Wall. The location was given to War Machine and it was quickly stolen and transported to his awaiting army.
Templar was then given to Dictator to help in his crusade of the middle east, and with Parish and Judge these men made the Dictators life very easy and nearly eradicated the Islamic faith from that region. I say nearly cause it pops up every so often only to get squashed yet again. Do to his success with Dictator, Alexander moved Templar up to General and gave him an army to command anyway he see’s fit, to spread the Law of the Hand and as well keep any and all rebellions quashed. Templar took his army and trained them in the art of war and as well took a select handful of men he could trust and that had proven them self on the battlefield. He created a modern version of the Knights Templar that serve under Alexander and the leadership. This order has been able to maintain control of this lawless warring region, Templar as a General is a very scary man and his forces are some of the most fierce the hand has at it’s disposal. Alexander keeps them in the Middle East knowing that Templar will keep the crescent moon away and keep the cross standing strong. One does not cross the Templar for he will destroy you without a seconds thought, he has not been state side but that doesn’t mean Alexander’s not planning something.

This is dedicated to all the warriors of the shadows who have fallen in the line of duty. RIP    Crazy Glue: Killed in the Jackals Lantern by an unknown assailant, Her Murder is still under investigation by SPD  Wallace: HRM member killed in the Scottish invasion of England. Rot in Hell Wallace  Tommy: Member of the Regulators recently killed by SPD    Grimm: Member and Leader of the now defunct Ministry, killed by SPD C-SWAT. During the Deaths Hand Invasion  Mr. Walter O'Neil (Sarge): Member of a group only referenced to as the Post Office, He was killed in … END_OF_DOCUMENT_TOKEN_TO_BE_REPLACED