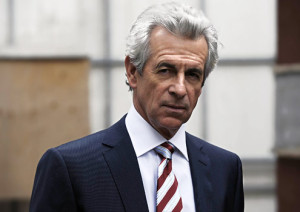 Weight: 200
Apparent Age: 55
Archetype: Hermetic Mage: Circle: 15
Preferred Weapon: Katana
Runner Song:
Bio: Cain is one nasty bastard, he is a vampire and very proud of it, he cares little for controlling the spread of this virus and will infect anyone he damn well pleases. His magical power varies based on how recently he has feed. After a fresh kill, his power magnitude is much higher and he moves like lighting with the strength of 20 men. Always consider Cain to have been recently feed, never take this man for granted, he runs a vampire cabal and is very open about being a blood sucker and dares bounty hunters and law men to come after them. Needless to say the ones that do wind up being dinner for the brood.
These are not classic Vampires here, sleep all day hunt all night, no the sun hurts them yes, but doesn’t weaken them nor forces them asleep. Cain has been seen in broad daylight eating a garlic covered pizza walking across a bridge over the creek in the park. he even wears a cross on his lapel. So the myths are just that myths, He is a real Vampire and some say he was the first to contract the virus and since the only cure is death, well he choose to live and spread it to others. Cain’s actions as a runner are not well known I can only assume it was not good, but he left no trace of himself behind so I have nothing to report.
Cain is still working today and will take a job if the price is right, but mostly this man keeps to his cabal just plainly called the Brood, do yourself a favour and keep away from him unless you want to catch a very bad and incurable disease.

This is dedicated to all the warriors of the shadows who have fallen in the line of duty. RIP    Crazy Glue: Killed in the Jackals Lantern by an unknown assailant, Her Murder is still under investigation by SPD  Wallace: HRM member killed in the Scottish invasion of England. Rot in Hell Wallace  Tommy: Member of the Regulators recently killed by SPD    Grimm: Member and Leader of the now defunct Ministry, killed by SPD C-SWAT. During the Deaths Hand Invasion  Mr. Walter O'Neil (Sarge): Member of a group only referenced to as the Post Office, He was killed in … END_OF_DOCUMENT_TOKEN_TO_BE_REPLACED