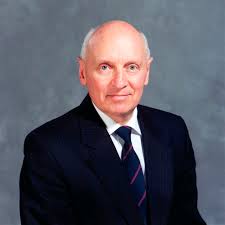 Weight: 190
Apparent Age: 55
Archetype: Street Samurai
Preferred Weapon: Ruger Thunderbolt
Runner Song:
Bio: Barnes is just a mean man period, He has been a cop his whole life, his Lone Star jacket is filled with so many black marks and questionable kills that we are not sure how he became a Captain and stayed out of jail. I guess the blue wall still exists. Barnes is only recently been picked up by SPD and that’s only cause Mayor Hill forced the Star out and allowed any Star officer a position in SPD.
Barnes has always been in patrol and probably will be till the day he retires, Watch out for this cop with a mean streak. He is in violation of man and machine law but being a active cop he has a waiver, and he will rather see a suspect bleeding on the street then arrest them. It saves paperwork and time. Again watch out for him and most of the patrol division as this is where the highly armoured, cybered and armed cops are. These men have nothing to prove and a quota to fill.

This is dedicated to all the warriors of the shadows who have fallen in the line of duty. RIP    Crazy Glue: Killed in the Jackals Lantern by an unknown assailant, Her Murder is still under investigation by SPD  Wallace: HRM member killed in the Scottish invasion of England. Rot in Hell Wallace  Tommy: Member of the Regulators recently killed by SPD    Grimm: Member and Leader of the now defunct Ministry, killed by SPD C-SWAT. During the Deaths Hand Invasion  Mr. Walter O'Neil (Sarge): Member of a group only referenced to as the Post Office, He was killed in … END_OF_DOCUMENT_TOKEN_TO_BE_REPLACED