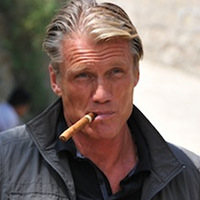 Bio: Borg is a true menace to the enemy. This man is a full and true street samurai turned military soldier. He started his career off in the mean streets of Detroit and ran the shadows there making life hell for anyone who crossed his path. This man is a true street killer and his skills in combat are off the charts. He was recruited for the Army in 2068 and has served ever since proudly as a member of the Urban Strike Division. He has recently been transferred to the valiant team one to join fellow brothers in arms Bolt and Shifter after their membership was shattered with the murder of Hot Wheels, Long Shot, Lumberjack, Smash and the defection of Sixx, Stone, and Eight Ball. General O’Brian is confident that Borg will help restore honor and morale to the roster of Urban Strike Team One. Be warned enemies of the state, Borg will have his sights set on you, and he will help restore order to the lawless jungle that has become Seattle under the incompetent Mayor Robert Hill.

This is dedicated to all the warriors of the shadows who have fallen in the line of duty. RIP    Crazy Glue: Killed in the Jackals Lantern by an unknown assailant, Her Murder is still under investigation by SPD  Wallace: HRM member killed in the Scottish invasion of England. Rot in Hell Wallace  Tommy: Member of the Regulators recently killed by SPD    Grimm: Member and Leader of the now defunct Ministry, killed by SPD C-SWAT. During the Deaths Hand Invasion  Mr. Walter O'Neil (Sarge): Member of a group only referenced to as the Post Office, He was killed in … END_OF_DOCUMENT_TOKEN_TO_BE_REPLACED