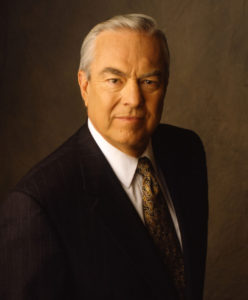 Bio: What can be said about the legend known as Sinkhole other than just avoid him at all costs, this man is pure evil and has not one ounce of redeemable qualities within him; Sinkhole revels in the chaos that he bring forth with his packages. He doesn’t care who he hurts nor who he kills when he opens the belly of the earth to swallow hole his victims, this man has long since foregone any sort of humanity in exchange for cases full of credits and the further spread of his legend. Sinkhole is a serious threat and danger to the nation and anyone who happens to be passing through an area predetermined to be a target location; this man might not use biological and other chemicals within his explosives but that doesn’t mean he s not trained and highly skilled in their use. Sinkhole would rather here the cries of his victims as they get swallowed hole by the earth that once supported them, instead of watching them burn, boil and melt away from a quicker chemical or radioactive assault.

Sinkhole is a member of the Chapel family and is the brother of the dreaded Category 5 so we can see that devastation runs in the family and we can call these men the Brothers of Destruction; were one prefers to fully cleanse an area and the other enjoys watching and causing a slow and painful death for his victims. Sinkhole holds multiple advanced degrees and has a doctorate in Geology as well additional scientific degrees that he puts to a very painful use with his special deliveries. This man uses his explosives to create artificial sinkholes and buries his victims alive within their earthly tomb; how he do this is not known, but it works and thats the scary part, many locations the Wolverines have struck have been found sunken into the earth. Sinkhole is all business at all times and is never around for just a social call, this man is a true master of the explosives and especially the landmine where he fully excels and his true horror can be felt.

One of the prime reasons no-one can ever locate nor capture the Wolverines is do to the skills of Sinkhole and his vast mine fields that he prepares as nasty surprise for anyone that dares to venture to close. This man has even debunked the myth that you can traverse safely through a mine field with hover technology as the UCAS found out the hard way back in 2045 when his field of death took the lives of over twenty UCAS soldiers and destroyed multiple hovercraft’s in the process leaving the wounded soldiers trapped in the midst of one of his fields of despair and slowly get picked off by Catseye as they tried to navigate the minefield. The other issue with Sinkhole is that he is not the only master of destruction on that squad and when he combines his skills with Avalanche and Cataclysm it proves to be a very scary situation; especially seeing that the three men love to use the natural environment as their weapon and turn nature against their chosen enemy.

Sinkhole has been working with the Wolverines since the earliest of days and has been deploying his special brand of terror to anyone their employer considers the enemy. To these men it’s nothing personal and only business, they have taken a single contract with the Freedom Patriots and one that doesn’t have an expiration date. So any enemy of Kingsbury is an enemy of the Wolverines and thus they have firmly been planted within the revolution since 2018 and even took part within the Civil War during the 2020’s fighting against the UCAS forces within the UCAS and making certain that the Confederates would become victorious, through their acts of sabotage, indirect assaults and mass destruction leaving only carnage within their wake. UCAS records indicate that they would try to cover up the terror of the Wolverines by blaming it on natural disasters and not what it truly was an act of war. They did such a good job at concealing the Wolverines from the public’s eye that even the government would come to forget about them; though the Wolverines didn’t forget about their chosen enemy and thus the legend would grow and so would the fear within the troops of this shadow unit of mass killers that lurked within the mists and could use the terrain against them.

At one point this unit would work alongside the legendary Highwayman as his band of murderous thugs; when he would directly assault a convoy within the back country, though as the legend states the Highwayman would even find the Wolverines to be to brutal and merciless to be associated with and would separate himself from them. Though not before making sure that Sinkhole understood that the mega superhighways needed to be stopped at all costs; well that might have been a poor choice of words coming from the Highwayman seeing that Sinkhole knew he was a Patriot commander and thus the Patriots just gave them the orders to focus on the superhighways that would be spanning across the nation. Sinkhole would take those words to heart and as everyone knows many sections of the mass interstate that spans the nation has been under siege and cursed with massive sinkholes that seem to just swallow up oncoming traffic and cause the UCAS millions in repairs a well as law suits from the victims of these sudden sinkholes.

This man is not just a deadly explosives expert he is a deadly swordsman and physical adept trained in the arts of the blade by fellow Wolverine Dervish and is quite adapt at deploying his skills with the blade to dispatch his targets. Though he still prefers to cause destruction and listen to the screams of the fallen, to the Wolverines anyone that is not a member of one of the rebelling agencies, or a citizen of Boston, Las Vegas and now Seattle is considered a target and threat so don’t think just because this unit focuses on military targets that you are safe as a civilian; don’t think that just cause you fly the UCAS flag in your yard and have a yellow ribbon tied around your tree means your safe from this unit. That just means your a supporter of the UCAS and to them nothing more than a speed bump, also Sinkhole is a special breed of evil; this man doesn’t care at all about who becomes a victim, just as long as his primary target is destroyed. He see’s citizens as speed bumps and a use for creating distractions and chaos, lure the enemy out to aid the poor injured citizens and then “BOOM!” down goes the house of cards, rescuers, soldiers and civilians alike all become another notch on his score card.

Between Sinkhole and Category 5 it is hard to determine who claims the title of pure evil but I would have to award that crown to Sinkhole over his brother but thats only by a narrow margin; the tipping point is that Sinkhole will use civilians as a distraction and as well trap soldiers inside a field of death and then begin picking them off one by one like shooting ducks in a barrel. He lures his victims out and then traps them like a rat, he employs dirty tactics and is a master of stealth and infiltration unlike his brother; Sinkhole will also use detonation cord as rope to hang, garrote and bind his victims with and has even mastered the use of thermite and turning it into a nasty explosive device with very little preparation. So the crown of evil can be placed on the head of Sinkhole and this man is just one member of this unit and one of those of lower ranking; though he is still a Captain and a member of the Brotherhood of Mercenaries so he could very well be given a unit to command one day and when that day comes I am moving to the moon where he can’t reach me.

Though for now Sinkhole is quite happy within the Wolverines and has no interest in branching out, the Brotherhood fully condones the actions of the Wolverines and hasn’t given them a single red mark for any of the brutality, chaos and sheer evil they have done; no just the opposite the Brotherhood has promoted them, given the awards and even welcomed them into their fold. They won’t accept the Rattlers saying that they are too brutal for the Brotherhood yet a team that makes Gunny and the Rattlers look like boy scouts is welcomed with open arms; something doesn’t feel right and when you think that Sinkhole is only one of these rat bastards; we know what he is capable, whats scary is that we know what the others are as well capable off and it is no mystery on why the UCAS tried to erase the Wolverines from the history books and just try the ignore the problem it will go away tactic with these beasts of the wilds. If one is bad then the whole damn bunch will be bad and that proverb stands true with this entire unit, they are not hero’s they are noting but savage murderers with no regard for human life and becoming a prisoner of this unit doesn’t end well as the prisoners quickly learn why Sinkhole has a large back supply of detonation cord and training in human anatomy thats all I am going to say on that as you can use your imagination; if you have a choice of surrender to the Wolverines or eat a bullet, eat the damned bullet or force them to kill you for you will never find mercy from any Wolverine and they are all master torturers and interrogators; this unit deploys tactics that even make the CIA sick to their stomach.

So in conclusion the man known as Sinkhole is the total package and if he wasn’t pure evil and in the pocket of Kingsbury would make a perfect agent for the CIA; though this man is a Wolverine for life and nothing will sway Sinkhole and noting will deter Sinkhole from his operations of mass destruction. He might be a mercenary but he has been under contract for the Patriots for so long now that he can be considered a freedom fighter and one who is no longer just fighting for the money but the ideology of his employer. So if you see Sinkhole coming just lower your flag, close your widows and head to the basement, and hope your not in the target zone; cause if that the case their is nothing that can be done and you will just become another statistic and casualty of this great revolution that is sweeping across the landscape.

This is dedicated to all the warriors of the shadows who have fallen in the line of duty. RIP    Crazy Glue: Killed in the Jackals Lantern by an unknown assailant, Her Murder is still under investigation by SPD  Wallace: HRM member killed in the Scottish invasion of England. Rot in Hell Wallace  Tommy: Member of the Regulators recently killed by SPD    Grimm: Member and Leader of the now defunct Ministry, killed by SPD C-SWAT. During the Deaths Hand Invasion  Mr. Walter O'Neil (Sarge): Member of a group only referenced to as the Post Office, He was killed in … END_OF_DOCUMENT_TOKEN_TO_BE_REPLACED