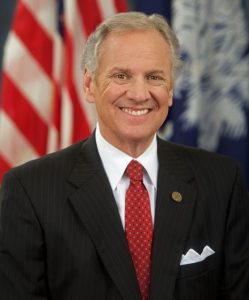 Bio: Let me tell you a story about a man known as Babylon and how this mastermind has infiltrated and corrupted the UCAS. This man is a true terror and one that needs to be watched closely as he is a rare breed of adept and that is the social adept and he uses his magic to enhance his manipulating potential and warp others minds to his will. This being said he is no slouch in the combat area as well and has proven this a number of times when he draws his chain sword and cuts down anyone and everyone who disagrees with his or his families agenda.

Understand this readers the Demure are dead wrong about the Jamestowns, that family is very dangerous and very much around in mass. They are the true crime family of America and they control everything in this country including who lives and who dies. If you haven’t heard of the Jamestowns consider yourself lucky and leave it there, even reporting on this family could be a death sentence to more than just the reporter. They have a a hierarchy and than their shot caller Reverdy Jamestown aka the Handler, though he isn’t the only one within that family that can sentence someone to death and if you end up on the elders radar well bend over cause it’s all over but the crying.

The Jamestowns can be located by their surname, though they have many influences throughout the nation and that includes other families that work for them; this includes the Gunners, DiCanes, Yates, Meisners, O’Bannons, Cannons, Dumonts, Davis, Krieghoffs and Kirbys for starters….though reports indicate they have their hands in other families and this does include the Malones and Palpatines, don’t forget Arthur Rummy, Dover Barton, Elmer Canterbury and Montgomery Hilliard that as well are on the Jamestown employ. so just because they don’t hold the surname of Jamestown doesn’t mean they are not connected to this crime syndicate. The Jamestown family might be known for it’s brutal killings and murder for hire, though this is not all this family does and they have a strict set of guidelines and playbook that they follow.

The Jamestowns are the prime supplier of work for the shadows and they hold the book on each and every operator in their employ and family. None family are expected to submit their official code of conduct and the Handler or Harvest will issue the jobs based on the moral compass of the non family, where family aren’t so lucky; their given a test operation to start and if it’s turned down or botched well they best apply at the local burger joint or car wash seeing they become black listed and no fixer will employ a blacklisted runner out of fear of Tang and the Mastermind.

The Jamestowns do everything from mass murder, murder for hire, espionage, rescue operations, election fraud, counterfeiting, arson, insurance scams and king making. There is much, much more this family does than I can report on, though they don’t involve themselves in human trafficking, forced prostitution, child endangerment, harmful narcotics and better than life chips….everything else well if it their is profit to be made they are all aboard.

This man Chadwick Jamestown is part of their bootlegging ring and controls the movement of their illegal wares throughout North America. Nothing moves on this continent without Babylon knowing about it and getting his cut. Anyone who tries to pull a fast one on Chadwick will end up meeting on of the family members or him personally and well his sword is a custom design and one that strikes fear into the hearts of anyone and everyone. That chain sword is of DAOD manufacture with Presidents Men technology behind it, it is equipped with high velocity technology and small dikoted vibro teeth that spin around a super heated plasma core. One simple touch of the edge and flesh is ripped from bone and the wound is burned to a crisp. He simply has to touch his target with the edge and he can induce extreme pain or worse; this weapon is a nightmare for doctors seeing it induces triangle wounds in mass and as well causes forth degree  burns to the exposed flesh. The other aspect is it can tears anything it touches and this includes eyes and ears and removes the nerves and renders cyber or bio replacement impossible. I have scene photos of his victims and they are forced to live in a sterile bubble of isolation as he used his blade to remove more than 80% of the top layer of skin and do to the extreme burning an orthoskin replacement was non effective.

So in all seriousness Chadwick is the real deal and someone that you best avoid and never cross as he will enforce the highest of penalty for the sin committed against the Jamestowns. All Jamestowns are expected to handle and clean up and mess that is created within their personal empire and the Godfather does not like loose ends, loose ends are tied up nicely in a nice little bow and worn like the bow ties preferred by the Mayor. The Jamestowns like everything to be orderly and organised and they hate left overs and problems, these problems are dealt with swiftly and cleanly; they have two Necromancers and Voodoo sorcerers inside the family so some problems simply get up and join the horde or walk right into the wood chipper.

I know this page is mostly a testimonial about the Jamestown family and not about Chadwick but I like breathing and I understand negative reporting or my opinion on Babylon will end with my death and the death of my loved ones. They don’t mind if you warn others about them or report the truth, seeing law enforcement cant stop them even if they wanted to…thanks Proxy, and Jackal along with others, this is known fact.

Chadwick here is one of there top dogs and one of the elders of the family his direct relation is unknown but seeing all Jamestowns are connected through blood or marriage and only blood can be an elder, I will leave any assumption to my reader on his status again I like breathing. Remember what I said if they are family they are expected to do as the Godfather says and question nothing and that means wholesale slaughter and this is were Chadwick excels. His crime scenes are left free of blood as his blade simply torches the victims and leaves them physically and mentally scared or simply dead. He has butchered thousands and not once had to answer for his crimes, there is video evidence of Chadwick wading into a political rally in Virginia for the Progressive Movement and removing heads and limbs with ease…..a brutal message sent from the Godfather that Virginia is not for dreamers.

To think that our newly elected President is a Jamestown and not just a Jamestown but the Godfather scares the poop out of me. This man controls many of the deadliest killers in the world and now as commander and chief he will have command over the military and presidents men. He has his own family to make things all tidy and neat, not to mention making sure anyone that speaks ill of the Godfather will end up missing, I fear I might have crossed a line in this paragraph. The biggest rule is never assume and stick to the facts, and never ever speak ill of the Godfather; I just hope the Jamestowns can see that I mean them no disrespect here and am just trying to inform the people thats all. If anyone has any intention of using this information against the Jamestowns….Don’t for they will punish any sinner in ways that would make the Deaths Hand blush, Godfather I mean no disrespect with my article and I will leave it here with “I voted for you Mr. President.”

Not signing this, though the Jamestowns already know who wrote this.

This is dedicated to all the warriors of the shadows who have fallen in the line of duty. RIP    Crazy Glue: Killed in the Jackals Lantern by an unknown assailant, Her Murder is still under investigation by SPD  Wallace: HRM member killed in the Scottish invasion of England. Rot in Hell Wallace  Tommy: Member of the Regulators recently killed by SPD    Grimm: Member and Leader of the now defunct Ministry, killed by SPD C-SWAT. During the Deaths Hand Invasion  Mr. Walter O'Neil (Sarge): Member of a group only referenced to as the Post Office, He was killed in … END_OF_DOCUMENT_TOKEN_TO_BE_REPLACED