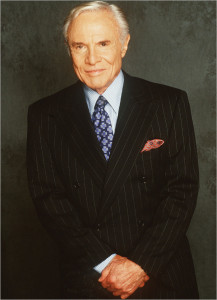 Weight: 200
Apparent Age: 60
Archetype: Mercenary
Preferred Weapon: DAOD Assault Pistol
Runner Song:
Bio: To call this man a stick in the mud and stuck in a bygone era would be an understatement. Good old Hickory is a man that should have been born in the prior century, this man is a nice change of pace from the normal day to day hum drum. Hickory is a true classic gentlemen and is very well mannered and polite even when he is engaged in mortal combat. This mercenary does have a bad side and that comes from his very sexist and bigoted nature. He looks down on women within the mercenary and runner world and believes strongly that their proper place is in the kitchen and serving their husbands or fathers if unmarried. Hickory is also very bigoted against the metahumans and those of Non-Caucasian decent, this man does not make many friends with his views and values, but for Hickory he really doesn’t care.
Hickory is a cybered mercenary and has been trained by UCAS military before defecting to the CAS and entering the Richmond Guard and serving as elite solider defending the city from assault. He as well worked with Lone Star for over 20 years before becoming a full time mercenary, Hickory is highly skilled and very dangerous this mercenary has taken his special brand of killing to every battlefield within the last ten years and has seen the worst the world can through at him. Hickory values loyalty, honesty and duty so he will do whatever his commander or the contract demands; he will also be judging the people he is working with and comparing them to his old fashioned American values.
Be very cautious when dealing with Hickory, he might appear and act like a true gentlemen but his is still a killer at heart and will not think twice about politely executing you. Hickory does have many friends and allies that share his core values so to insult this man means there will be nowhere to hide, no where to run and Hickory will make sure you are early for your own funeral.
Page Written By: Shadow Writer

This is dedicated to all the warriors of the shadows who have fallen in the line of duty. RIP    Crazy Glue: Killed in the Jackals Lantern by an unknown assailant, Her Murder is still under investigation by SPD  Wallace: HRM member killed in the Scottish invasion of England. Rot in Hell Wallace  Tommy: Member of the Regulators recently killed by SPD    Grimm: Member and Leader of the now defunct Ministry, killed by SPD C-SWAT. During the Deaths Hand Invasion  Mr. Walter O'Neil (Sarge): Member of a group only referenced to as the Post Office, He was killed in … END_OF_DOCUMENT_TOKEN_TO_BE_REPLACED