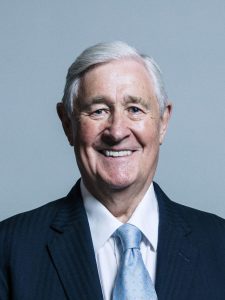 Bio: It is time to talk about another Jamestown lackey and they call him the Lobbyist, this man is another of their political manipulators that spends most of his day within the Federal District making sure our elected officials fully understand that the Jamestowns are always watching. He walks through the capital building in his suit, shit eating grin and Jamestown iron on his hip, this pistol is not concealed and blatantly displayed on his hip within it’s holster….simply daring law enforcement to stop him. Within the capital congressman call that pistol the “Deal Maker” and when they see Chelcie coming a sense of dread overcomes all, seeing this man walks with confidence and  sense of purpose. This purpose is to alter and change negotiations and deals laid forth by our lawmakers, he is the man with the final say….if the Jamestowns agree with the sitting bill than Chelcie simply walks by and raises his index and middle finger bends the rest in on his right hand smirks and salutes the lawmaker….if he is there for other reasons than he simply walks into the office for a chat. I have heard he even has the gall to put his arm over there shoulder and personally guide them back into their office for a “Chat”.

Chelcie is so feared within the capital that many hide in their offices and hire extra security to safely guide them from the floor to their offices, though reports indicate that when this tactic is tried they are simply met with a displeased Lobbyist awaiting them in their secured office. This man is the power behind the capital and all elected officials understand they must play by his rules or suffer the dire consequences. Chelcie is a dangerous man in a five thousand credit suit, his phone is far more lethal than his “Deal Maker” but don’t be fooled his iron has taken more than a handful of lives throughout the years. Rumours are if you upset this man, you are not long for this world and he will make certain that death is swift and they never find the body.

Why he is allowed to walk freely and openly with his Jamestown Classic for all to see is simple, he is a licensed Bounty Hunter and Federal Marshal…..conflict of interests much. This man has the power to take life and with a simple phone call he can have anyone tagged as a fugitive marked for death, yes my readers Chelcie Court has that kind of authority granted to him by both Ichabod Oliver and Oliver McKeen and to make matters worse this well dressed killer has just joined the US Elite to teach negotiations and interrogation tactics to the cadets….like the Jamestowns ever negotiate, more like threats and promises.

Don’t think for a minute that the Lobbyists is all talk in that suit either, his ass can back up any check his mouth writes. This man is a veteran of both the 67th and 401st as well the 82nd so be very cautious when dealing with Chelcie, he is a skilled marksman, trained in the hip draw and fire and very talented in the Jamestown combat styling of curving bullets. The “Deal Maker” has modified internal silencer and reports indicate that even if you are feet from it you can’t hear the damn thing going off. Scary part is since he is a trained Jamestown Assassin he can be walking out of an office, hip fire in front of him, curve the shot and remove the target behind him….so again his man is not to be taken lightly, he is a Jamestown professional and one they are very proud of.

Chelcie here has spent his career working within the capital building and getting to know the politicians of both the United States and United Canadian States of America; the only exception being during his time within the 67th and 401st. He served in the 401st from 2001 to 2005 leaving do to injury and the 67th from 2028 to 2033 when he would leave after the Battle of Denver, though he might have been out of the office for a duration during these tours of duty this doesn’t mean he wasn’t running things from behind the scenes.

This is dedicated to all the warriors of the shadows who have fallen in the line of duty. RIP    Crazy Glue: Killed in the Jackals Lantern by an unknown assailant, Her Murder is still under investigation by SPD  Wallace: HRM member killed in the Scottish invasion of England. Rot in Hell Wallace  Tommy: Member of the Regulators recently killed by SPD    Grimm: Member and Leader of the now defunct Ministry, killed by SPD C-SWAT. During the Deaths Hand Invasion  Mr. Walter O'Neil (Sarge): Member of a group only referenced to as the Post Office, He was killed in … END_OF_DOCUMENT_TOKEN_TO_BE_REPLACED