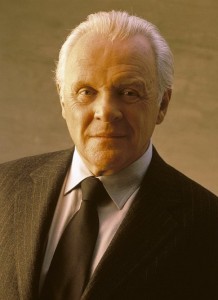 Bio: Well where to start on this rat bastard, this man is a chemical weapon specialist and holds three degrees in various chemical sciences from some very accredited universities. He as well served with the CIA and assassinated some very important people during his time with CIA as part of there black ops team.  It seems that this wasn’t enough for the Chemist and he wanted more, and I mean much more. He took the secrets he learned working for the CIA and sold them to the highest bidder and entered the world of the shadows sometime in the 2060’s the exact date is unknown. He would work for whoever could afford him and he always made sure that the job was done. This man normally worked alone as no-one would ever trust to work with a chemical assassin with no loyalties other then credits, and this the Chemist was fine with.
He reportedly was contracted by the HRM to create the Bio-Plague and paid handsomely for this, so well in fact that the Chemist took many other contracts for the HRM on a number of occasions and even worked with Neo, Nick, Arwen, Mind Freak and others of the HRM on a number of occasions. He also did contract work for Alexander and the Deaths Hand, what he did for the Hand is unknown but it couldn’t have been good.
The Chemist has the mentality to teach people to respect life and if they don’t respect life, he will give them a reason to respect the life they where blessed with and it will either kill them or make them stronger and better. This is the case when he warred with now fellow team mate Hero, prior to this war Hero was a costumed crusader for good and the camera even I have issues with Hero’s early days. He walked around with an entourage of fan boys and girls and point out other runners, scream their name and then flee the scene. Well this didn’t sit well with the Chemist when it was down to him and he made Hero pay the ultimate price for his sins. The Chemist set an explosive charge in Hero’s car and Boom. Well We know Hero lived and is now the Hero we all know now. I will go into more detail about Hero on his profile.
Do to the events in the city a group of freelance runners felt it safer to band together then stay alone, well this is how the Devils Rejects came to be. Chemist is the leader of this group and I can’t wait to see how this dynamic pans out. Especially between Chemist and Hero, the two most seasoned members of this squad, they will either kill each other or be one unstoppable force. Only time will tell the tale, and I do hope the Rejects can prove themselves, though under the Chemists leadership I fear they are not going to become the Heroic Shadowrunners we all love, but the bastards we hate.
Approve | Reply | Quick Edit | Edit | Spam | Trash

This is dedicated to all the warriors of the shadows who have fallen in the line of duty. RIP    Crazy Glue: Killed in the Jackals Lantern by an unknown assailant, Her Murder is still under investigation by SPD  Wallace: HRM member killed in the Scottish invasion of England. Rot in Hell Wallace  Tommy: Member of the Regulators recently killed by SPD    Grimm: Member and Leader of the now defunct Ministry, killed by SPD C-SWAT. During the Deaths Hand Invasion  Mr. Walter O'Neil (Sarge): Member of a group only referenced to as the Post Office, He was killed in … END_OF_DOCUMENT_TOKEN_TO_BE_REPLACED