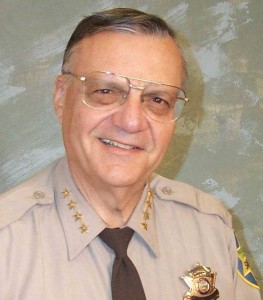 Weight: 175
Apparent Age: 69
Archetype: Physical Adept: Circle 12
Preferred Weapon: Night Stick
Runner Song:
Bio: Maverick, well he is not a runner, nope no way, not gonna happen he is the law of the lawless, he is the law of the wastes. He is the sheriff of the outer regions. He will occasionally be in the city proverb but normally not that often, Maverick earned his name by his speed and cunning. He has outdrawn the best and put cuffs on some of the city’s hardest criminals. He is also responsible for clearing the raiders from multiple out laying regions. This man is loved by locals but hated by Blaine and his ilk, for Maverick is a no holds barred cop and you break the law in his region he will bring you down and he doesn’t care about sob stories as he puts it we all have a story to tell, save it for the camp fires or card tables.
Maverick has served the people of Seattle for his entire life, first in the Army and after as a Lone Star officer and now as Sheriff, he absolutely hates shadowrunners and there ilk and strongly believes the Mayor is a fool for his pardon program. He feels once a runner always a runner and this program is ripe for corruption and infiltration by some of the worst offenders. He might be right seeing that we assume Samael has been pardoned and the good doctor was on Maverick’s radar for years. He is not known for his political correctness and being open and honest, I guess this is why he is in the wastelands, but Maverick loves it out there and this is where he excels. So if you find yourself in the wastes and you see the red and blues be warned it might just be Maverick and if so, like a good old western this white hat will prevail and you will be dead or in jail.

This is dedicated to all the warriors of the shadows who have fallen in the line of duty. RIP    Crazy Glue: Killed in the Jackals Lantern by an unknown assailant, Her Murder is still under investigation by SPD  Wallace: HRM member killed in the Scottish invasion of England. Rot in Hell Wallace  Tommy: Member of the Regulators recently killed by SPD    Grimm: Member and Leader of the now defunct Ministry, killed by SPD C-SWAT. During the Deaths Hand Invasion  Mr. Walter O'Neil (Sarge): Member of a group only referenced to as the Post Office, He was killed in … END_OF_DOCUMENT_TOKEN_TO_BE_REPLACED