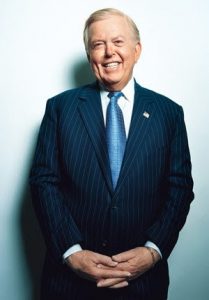 Bio: Well when it comes to Cinder this man is the real deal of trouble, he earned his name by ordering the entire villages to be torched with napalm and flame throwers. He is as well very found of burning people alive as a form of intimidation, Cinder works for the Hand as one of there Generals and has been given command of the recently concurred France, Cinder has had a lot to deal with with the French people, this country is only recently under the Hands control and with such its people are currently revolting. This has lead to issues since the Hand is using France as a launching point in there war with England and if they loose control of this country the war with England is lost. Alexander has dispatched there newest but fierce General Cinder into France to regain control. Cinder has brought his brand of terror to the French people and has ordered the torching of many of the countries smaller towns as a message, rise up and burn or fall in line and survive. Cinder has as well called in the support of Hand enforcer Rawhide to send a very brutal and bloody message.
With Cinder now being inside France, and the fires burning once again, Paris is in trouble and from what I have heard Cinder has brought the guiltiness back and is making short work publicly of any rebel. Cinder is a brutal General and he sadly will have no trouble keeping France in line. With his beheading’s and his burning at the stake of anyone who steps out of line as well as the Hands preferred crucifixions the French people will soon fall in line through fear or suffer a fate worse then death at the hand of Cinder.

This is dedicated to all the warriors of the shadows who have fallen in the line of duty. RIP    Crazy Glue: Killed in the Jackals Lantern by an unknown assailant, Her Murder is still under investigation by SPD  Wallace: HRM member killed in the Scottish invasion of England. Rot in Hell Wallace  Tommy: Member of the Regulators recently killed by SPD    Grimm: Member and Leader of the now defunct Ministry, killed by SPD C-SWAT. During the Deaths Hand Invasion  Mr. Walter O'Neil (Sarge): Member of a group only referenced to as the Post Office, He was killed in … END_OF_DOCUMENT_TOKEN_TO_BE_REPLACED