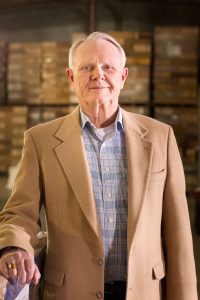 Preferred Weapon: Master of Many

Bio: Don’t be fooled by this mans positive demeanour and grandfatherly appearance Stitches is the real deal and has spent his entire life killing for hire and guess who he kills; answer anyone that opposes the rebels and stands in his way, this is a man that even the Post Office has deemed to violent to bring into their ranks and they are all assassins. Stitches is just that unpredictable and uncontrollable that only orders with very loose ethics are willing to gamble on this man. He is perfect for the Patriots and Confederates and to this he excels in removing anyone deemed a threat to their cause, and he is more than happy to lend a hand and wear the badge of the Guild and Brotherhood seeing that his ethics work well in those unruly orders and are direct links to Colonial. He is also the only man that I know of that has served in the Sentinels and welcomed into the mysterious Kingsman and as well the Presidents Men where he has been trained by his childhood friend Tutor ad Marvin Yates. Yes this man grew up right alongside the most dangerous men of the Brothers Grimm and was welcomed into their fraternity with open arms seeing that Puck is considered family

Puck is his surname and this man has travelled all over the world for work and is considered the premier assassin in the world, no one ever escapes Stitches and they are always found with their mouth and eyes sen shut hence the street name of “Stitches” like many assassins of his calibre many targets choose suicide over dealing with Puck, though this man doesn’t give you a chance; there is never any warning that he is coming for you and what makes him even scarier if he wasn’t already the devil on earth is that Stitches is the top Cleaner/Eraser within the world and has trained many of the worlds best in the art of erasing, reverse forensics, cleaning house and just using terror to keep his targets on edge so they slip up. He has no morals and will use family as bait and even children are not safe from Puck as he leads the family on a scavenger hunt to locate their missing relative only to find a dismembered corpse at the end and Stitches waiting for them and its game over. This Assassin only leaves a body behind if he wants it to be found otherwise he takes a picture to confirm death and than delivers it to the employer or the SPD as proof of the kill to collect the bounty.

Like everyone fears Alexander and speaking ill of him and the Deaths Hand the same stands true about Puck, it is said that he has eyes and ears everywhere and doesn’t like negative press about him the last reporter that tried to report on Death Warrant was found scattered around Seattle in ring boxes; with only his dismemberment video being the only evidence to confirm the identity of the target, as Puck had used bleach to sanitise the evidence. We know that he is up on the membership roster of the Kingsman next to Rags and Riches and so he has undergone the initiation ritual, but we also know that he is good friends with Echo, Director, and the Watcher of the Presidents Men so one can say he has as well undergone some serious training within that order as well. He is the only man to wear the badges of both orders. He is also the forth in command of the Executioners Guild and considered a Master under Decanter, Hang’em High Martin and Dolphin so be very careful when dealing with this heartless killer. Remember any childhood friend of a Yates is not a man you ever want to deal with, and he is the only none Jewish member of that order and also the only non direct family within that exclusive club.

Stitches is not known to have a signature weapon, and has been trained in every weapon known to man or beast, this man has trained Nova, Patches, Panama, General, Arsenal and dozens of others including Ajax. Our only saving grace is that Colonial has unleashed Puck to bring down Atari for his sins against the Patriots; though for Puck that doesn’t mean he will grab a side job while hunting Atari. Pucks signature weapon might be unknown but one can assume it’s a sword seeing he is within the Kingsman, though it could also be Enigmas Dagger as Stitches is the smith that has brought that evil dagger to this world and seeing he created it he knows all the ins and outs of that dagger better than anyone, he also created the triple twisted scorpion dagger many in that order like to use. This man has no soul and is a master smith and a master at making the most deadly bladed weapons the world has ever scene but he won’t share the secret or the technology, if you want one you best join an order he is in and than make a damned good impression on not just the leaders but Puck himself and that is easier said than done seeing Puck is a total perfectionist and one slip up and you just flushed your chances for a weapon or training down the toilet.

Puck is assumed to hold duel citizenship with both the UK and America seeing he is within both the Kingsman and Presidents Men, this man was a total nightmare for Agent White and Director Mitchell during the Purge as many of Mitchell’s men and Agent Whites friends where sent to a bloody grave at his hand and even the UCAS military was not spared as many of UCAS Marine Sniper Trixie men would end up meeting Stitches in the woods on patrol and well what he did to them is to graphic for me to report here. As I said he has no care on who he kills and what laws he breaks in the process, Puck has cleaned out MASH units, civilian run military outposts and native villages for the thrill leaving the spoils of war behind. He is always training and will raid a military outpost just to test his medal and works alongside the Wienstock’s on a number of occasions as well General Oliver who would promote Puck to Colonel for his lifetime of dedicated service to wiping out the enemies of the rebels.

What terrifies me about Puck is that once the war is over what is he going to do since all he knows is killing and he is the best at his job, he pulls seven to eight figure salaries for his contracts and he as well hangs people for the guild and uses the same tactics of Decanter to make a small fortune even being knighted and becoming the Earl of Jersey for his dedicated service. This man doesn’t need the money and has already found the dream yet he continues to work night and day in the deadly world of the shadows bringing down low lives and criminals, though he is the biggest criminal of them all wanted on six continents and charged with War Crimes yet they just let Puck walk free and continue to snub his noble nose at the Law Enforcement officers that can’t touch him, and now in Seattle thanks to the law signed into affect by Anthony DiCane the SPD is totally powerless to stop Stitches and this man is not afraid of the police and will use lethal force to evade capture so just be warned he cares nothing for the lives of the citizens and has even been heard saying that he is just recycling the trash or changing the batteries in the smoke detector as he murders innocent after innocent, his weapons are normally coated in this weird blue oil and a glowing crystal in the cross guard as well as one in his eye just like Binary.

In closing best to just leave this man to the professionals and avoid at all costs, he has no soul and to him you are just a battery that needs changing, Puck is true evil and this world has enough evil as the scales of justice are leaning very heavy towards the rebels and no UCAS, or NAN citizen, solider or supporter will ever see fair justice within the eyes of Stitches as to him you will all be judged by your maker and all batteries will die eventually why not speed up the process.

This is dedicated to all the warriors of the shadows who have fallen in the line of duty. RIP    Crazy Glue: Killed in the Jackals Lantern by an unknown assailant, Her Murder is still under investigation by SPD  Wallace: HRM member killed in the Scottish invasion of England. Rot in Hell Wallace  Tommy: Member of the Regulators recently killed by SPD    Grimm: Member and Leader of the now defunct Ministry, killed by SPD C-SWAT. During the Deaths Hand Invasion  Mr. Walter O'Neil (Sarge): Member of a group only referenced to as the Post Office, He was killed in … END_OF_DOCUMENT_TOKEN_TO_BE_REPLACED