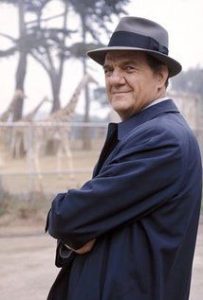 Bio: I wont go into to much detail about the man known as Crosshair seeing that you can read about his start within the article of his commander and friend the Crimson Ghost; though what I will tell you is that this man is the true king of the snipers, he has trained those that are considered to be the best in the world and has been able to drop over a dozen Ronin warriors with a single shot and bring down hundreds of elven warrior adepts during the invasion of England; this man is the true king of the snipers and he is truly over protective of his friend and comrade the Crimson Ghost, so beware if you can’t see Crosshair that doesn’t mean he can’t see you.

Who taught Crosshair is unknown, and where he learned his skills can only be decreed that he was well trained by the US Army, Set and the Medjai this man has been a true scourge for anyone that has ever stood against the Sentinels and now the Ghost Division. He has more confirmed kills than anyone in the known world; if he has any cyber it is unknown and it can be assumed that he is an adept of great power, though even with the lose of one of his eyes in the battle against the hordes of the elves the multi coloured crystal that he uses as a glass eye given to him by Set might have something to do with his great magical skill an prowess with the rifle. Not to mention that Crosshair uses the DAOD Military Grade Sniper Rifle called the Mach 5 that he highly modified to be even more powerful than originally intended. This sniper needs no introduction, if you hear the shot than you were not the intended target and if you hear his music it might already be to late.

Crosshair has been serving alongside the Crimson Ghost since they both joined the military together after graduating West Point, these two are as thick as thieves and have been friends since childhood and both nearly died together at the gallows pole; whatever bond they had beforehand has only been strengthened through the years. Finding any actual information on Crosshair is nearly impossible since the UCAS considers him to have been hanged and buried somewhere in the middle east, they have destroyed all other records about Crosshair and have tried to erase him from the history books. Though through the Freedom Task Force they would uncover that Crosshair is alive and as Agent White would watch as agent after agent would fall headless in front of him and being unable to locate the location of the sniper as he laid prone behind the wreckage of a tank; his radio would broadcast those chilling words “Tell Mitchell, that Crosshair and the Ghost Division says hello.” according to reports found in Mitchell’s office that this was when Agent White and the Freedom Task Force were never again sent overseas and Director Mitchell would become far more paranoid.

Crosshair sent over fifty flag covered caskets back the states of the fallen Freedom Task Force, with a shaken Agent White to be the bearer of bad news. Their are images available within the Matrix showing the transport plain unloading the flag draped coffins, all killed by one man, this man Crosshair; normally snipers work in pairs but this man has never needed a spotter and has always trained his apprentices to never need a spotter it’s alone or nothing all a spotter can do is get you caught. This is another sniper that has as well trained in martial combat and small arms so even catching him is not going to be a guarantee of capture; also it is reported that he has some sort of natural tremor sense and moves like the wind never in one place twice and never shooting from the same location more than once. Crosshair is one man to be truly afraid off, his weapon has over a 3 mile range and can bring down battle tanks with ease.

We know that his heart is black and his soul gone, the only man he protects is the Crimson Ghost; we know that they have taken the same oath and joined the same order that rescued them as Crosshair carries the same serpentine daggers of the Crimson Ghost, his dominate eye has been replaced with a multi-colour crystal and his weapon is modified beyond even Dark Arms abilities. We know that he has the highest confirmed kill count of any sniper and their is no sniper alive willing to challenge Crosshair for the crown; well their was one her name was Double Tap and well she wanted the title of the best, and lets just say that Crosshair made certain that Double Tap learned a valuable lesson that you don’t write a check your ass can’t cash. He removed her head while she sat in the Jackals Lantern and for the split second that Joey had the door open was all the time Crosshair needed to remove a would be dreamer. Rumours state that he made a special trip to Seattle specially to make that kill and prove to the others that he is still and always will be the king of snipers.

Otherwise if you want to read more on the exploits on Crosshair, well good luck it’s just not out there; best to follow the legends of the Ghost Division and do your own digging; many believe that this unit doesn’t exist and those that do will never question the existence of Crosshair and his sheer number of confirmed kills, you can always track down Agent White aka the Revelator of the Harbingers for he is the only actual surviving witness to the exploits of Crosshair. If you see Crosshair that still doesn’t mean your safe, he is just as deadly up close as he is at range and he might have a remote rig somewhere set to lure you into a false sense of security.

Treat the Ghost Division as you would the Unforgiven with kid gloves and no sudden movements, these men are hardened warriors with only battle and conflict coursing through their veins, they have been betrayed, they are fighting an enemy that can be anywhere and they have been declared the enemy and many would be bounty hunters would love to collect to reward for these men. Your life is not worth a handful of credits, we have seen what happened to those hunters that tried to collect on the Unforgiven and the Ghost Division is worse, see the Unforgiven are cleaners and assassins, the Ghost Division are warriors that stand and fight till the end; now that the brothers have reunited and are working together at times that means that two of the most deadly units that the UCAS tried to erase have returned, it’s only a matter of time before the axis of evil finds itself within the crosshair of Colonel Winters; our government can barely deal with the Presidents Men and if the third Forscythe units the three teams it might just be curtains down on the UCAS as these three units combine their tactile and combative capabilities forcing the hand of UCAS to stand against an enemy that has proven time and time again to be unstoppable.

This is dedicated to all the warriors of the shadows who have fallen in the line of duty. RIP    Crazy Glue: Killed in the Jackals Lantern by an unknown assailant, Her Murder is still under investigation by SPD  Wallace: HRM member killed in the Scottish invasion of England. Rot in Hell Wallace  Tommy: Member of the Regulators recently killed by SPD    Grimm: Member and Leader of the now defunct Ministry, killed by SPD C-SWAT. During the Deaths Hand Invasion  Mr. Walter O'Neil (Sarge): Member of a group only referenced to as the Post Office, He was killed in … END_OF_DOCUMENT_TOKEN_TO_BE_REPLACED