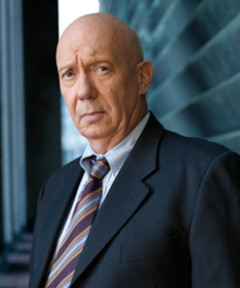 Weight: 145
Apparent Age: 63
Archetype: Street Samurai
Preferred Weapon: DAOD Pistol
Runner Song:
Bio: The new Commissioner as of 11/15/2073 he is ruthless and one bad ass cop. This man has been wounded so many times and keeps going, He climbed the ranks from Patrol all the was to the top, and yes he had to climb over a few people to get here. I think this man like the prior boss will actually get things done in the city, now for the runners that’ not a good thing. He is a man has no fear and yes he knows the political game well, being friends with Robert Hill but he doesn’t play it well as he cares little for politics, media and the blue bloods of Seattle. He cares only for the law and letting anyone and everyone know they are not above it. I think this man might actually be able to clean up SPD from within and he should start with his Deputy Commissioner as Brass is one crocked cop, then look at Mathews.though Mathews might just clean up his act with McNair in charge.
McNair is retired Army General and brings this no nonsense attitude to SPD. The officers in the PD respect this man for his climb from the bottom and this was by his choice, when he was hired he was going to be made an officer at the start, but he told them no, start me at entry and I will climb my way up. Do to this he has earned the respect of his men and inspired many others to start looking at there future.
McNair is highly decorated and well trained, he rarely sees the field much, but keeps his skills prime and doesn’t look like he will be stationary behind that desk for to long, cause even as a Captain he would go out on calls often. He is a go getter, and with that don’t think he is soft and an easy target. This man has a Street Samurai’s worth of chrome in him and packs a DAOD Pistol and knows how to use it. Rumour has it McNair is in talks with DAOD to supply the SPD with there weapons. The fact that a cop even knows where to find DAOD is scary enough, second can you imagine SPD Patrol and C-SWAT with DAOD weapons. The Mayor is on board with this as well, so there goes the cities budget. Though it will make attacking a cop just that more unlikely who wants to be on the receiving end of a DAOD.

This is dedicated to all the warriors of the shadows who have fallen in the line of duty. RIP    Crazy Glue: Killed in the Jackals Lantern by an unknown assailant, Her Murder is still under investigation by SPD  Wallace: HRM member killed in the Scottish invasion of England. Rot in Hell Wallace  Tommy: Member of the Regulators recently killed by SPD    Grimm: Member and Leader of the now defunct Ministry, killed by SPD C-SWAT. During the Deaths Hand Invasion  Mr. Walter O'Neil (Sarge): Member of a group only referenced to as the Post Office, He was killed in … END_OF_DOCUMENT_TOKEN_TO_BE_REPLACED