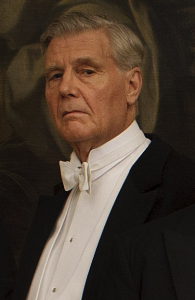 Bio: His name is Monsoon and he is here to stay, this Englishman has travelled a long way to cause a havoc within America; Lord Spencer is a man of class and distinction…yet willing to travel where many fear to go. This nobleman has pull and can influence most with just his words and ideal threats, let alone his actions and never forget his phone. He is one of the rare breed of adepts called the Social Adept, they use their magic to aid them in verbal cues, social situations and manipulating the will of the week Monsoon here is one of the best in the game and he has learned that it doesn’t take much to manipulate a situation to his benefit, using words over his blade and blood shed he can gain access to very vital information as well locations normally forbidden to a civilian…even one of his social standing.

This man believes in non violent solutions to troubling situations and that words will almost always prevail when given a chance to speak, I heard once he convinced corporate security to allow him and his team into a classified location to take a nice look around and than stroll out with the sensitive prototype they were seeking. As Monsoon puts it “The week willed make for perfect subjects” seeing ones own will is one of the few things that science hasn’t figured out how to modify and even when they do it comes with grave consequences, leaving the social adept as the king of the shadows….though lucky for us this trade is rare and well guarded.

Social Adepts are simply specialised physical adepts and these masters of magic can pull both roles if needed, Cromwell here is lethal and dangerous when push comes to shove, he may prefer non violence as he see’s violent behaviour as brutish and ungentlemanly behaviour this doesn’t mean he is not prepared to unload hell onto someone in a blink….he is British and an adept, he is trained in martial prowess and when that sword is drawn worry, cause the poop has hit the fan. They call him Monsoon based on the limited magical casting prowess he has and the ancient magics that swirl around him, this man has mastered weather magic and can turn a sunny day into a rainy one and frigid day into a blisteringly hot one.

He magical prowess is strong but with most weather mages they can only affect a small region for a short period of time, same holds true for Monsoon though when he is really angry he can cause it deluge and dump inches of rain in a split second. This mastery of weather magic has allowed him to infiltrate buildings and end encounters before they happen while outside. Even indoors the security is so focused on sealing the windows and doors that they miss the cranky old Englishman walking right passed them in his city suit or white tie and tails.

Cromwells other gig is that he offers his services as a problem solver, though he goes for non lethal approach unlike others in the field that will resort to assassinations and mass slayings. He uses his vast knowledge of the human and metahuman psychology, sociology and forensic studies to manipulate a scene or the targets into agreeing that it is better to fall in line than end up a statistic on Numbers field report. Even though he speaks with a high class English accent and uses big words and words that many don’t understand he never seems to be talking down to the targets and simply convinces them that applied silence and cooperation is better than having their throats sliced open….again something that he is willing to do if needed, Hell Cromwell executed a Scottish women tied to a pole with a quick flick of his wrist and left her to drown in her own blood as a brutal message; only saying one word as he walked away “Savages”

Please don’t think that he is a nice person simply because he chooses to be non violent….big difference between non violence and non lethal and for Cromwell as long as the kill is clean and graceful it is worth doing, especially if their is a message needed he is a problem solver after all and some problems can only be solved through murder and fear. This man walks the fine line between noble and brute and carefully navigates both with ease so again be warned he is not your friend at all, he is a problem solver, fixer, cleaner, runner and swordsman never confuse his charm for him liking you….and never ever believe that he has your best interests at heart. For America has Danger and England has Monsoon and than it navigates down from them to the rest of the problem solvers and people like Cromwell don’t stay at the top of the pile without sending thousands to potters field.

He has employees that do his dirty work and keep his crisp white shirts and collars clean and free of blood, if Cromwell has to deal with you personally than you seriously screwed up and just hope he is in a jovial mood and not a foul one. This man sends brutal messages, kills women and children if needed, see’s all non English as savages or lower forms of life yet loves the American for their grit, moxy and determination. He hates the Scottish, Irish and Welsh yet he is willing to accept the Welsh and Northern Irish as he believes the best way to deal with the Scottish is either through executions or breeding them out and extending England’s boarders into the Highlands so yes he is evil and yet allowed to exist and flourish.

This is dedicated to all the warriors of the shadows who have fallen in the line of duty. RIP    Crazy Glue: Killed in the Jackals Lantern by an unknown assailant, Her Murder is still under investigation by SPD  Wallace: HRM member killed in the Scottish invasion of England. Rot in Hell Wallace  Tommy: Member of the Regulators recently killed by SPD    Grimm: Member and Leader of the now defunct Ministry, killed by SPD C-SWAT. During the Deaths Hand Invasion  Mr. Walter O'Neil (Sarge): Member of a group only referenced to as the Post Office, He was killed in … END_OF_DOCUMENT_TOKEN_TO_BE_REPLACED