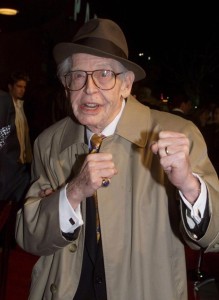 Weight: 165
Apparent Age: 65
Archetype: Physical Adept: Circle: Unknown
Preferred Weapon: Unarmed
Runner Song:
Bio: This is another one of those old school detectives, though Gumshoe started off as a private investigator that worked out of Las Vegas and was one of the main reasons the Unforgiven managed to survive the raid on Searchlight. The Gumshoe was hired by the Goblin to keep tabs on the Ghost and stay out if sight, well do to the Gumshoe he saved the lives of the Weatherman, Goblin and others during the battle. Through the years he has remained in close connection with his friends in the Unforgiven and has been their information broker for decades till he had to vacate Las Vegas and migrate north to Seattle do to the war in Vegas. Gumshoe moved to Seattle and eventually joined Lone Star, while keeping his side business open as a private eye.
Once the Star was roosted out of Seattle by the Police Force, he just transferred into the Seattle Police Department and became a senior detective for the cold case division. His contacts and his knowledge of the shadows made him a very valuable asset to the SPD and Gumshoe quickly began closing cases and making a name for himself. Though he is at odds with the units commander Shamus, since the Gumshoe has no issues with the runners and using any method he can in closing a case even if it is questionable. Gumshoe is also a physical adept and refuses to allow himself to be registered. This old cop is a master of hand to hand and has taken on odds that would normally leave an officer beaten or worse and he walked away without even wrinkling his tie or loosing his hat. The Gumshoe also gets into heated debates with his younger officers cause he refuses to put his cigars out when he is in the squad room and he calls everyone kid.
This Detective is old school with a bit of modern flare so he is the best of both worlds and this means he is up to date on the technology and is well versed in the old school methods of the previous century and beyond. Some say the Gumshoe is a blast out of the 1950’s but this does not keep this man from slapping the cuffs on many criminals that thought themselves immune from prosecution. Gumshoe is the lead instructor at the academy for Intergeneration tactics for a reason, this man can get anyone to confess to anything so be very careful and don’t mince words with the Gumshoe, also he still moonlights as a private investigator so keep this in mind. He has contacts and informants all over Seattle, Vegas and else where; he is also still friends with the Unforgiven so be very cautious thats one number you never want him to reach out to. The Gumshoe has no fear and he will never relent, just be thankful this old cop can see the writing on the wall and is willing to look the other way at times; though with Gumshoe you only get one free pass, the next one comes with a free pair a bracelets and a trip uptown.
Page Written By: Shadow Writer

This is dedicated to all the warriors of the shadows who have fallen in the line of duty. RIP    Crazy Glue: Killed in the Jackals Lantern by an unknown assailant, Her Murder is still under investigation by SPD  Wallace: HRM member killed in the Scottish invasion of England. Rot in Hell Wallace  Tommy: Member of the Regulators recently killed by SPD    Grimm: Member and Leader of the now defunct Ministry, killed by SPD C-SWAT. During the Deaths Hand Invasion  Mr. Walter O'Neil (Sarge): Member of a group only referenced to as the Post Office, He was killed in … END_OF_DOCUMENT_TOKEN_TO_BE_REPLACED