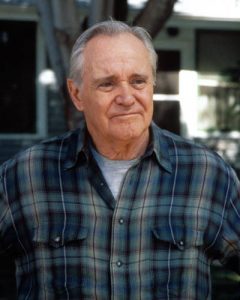 Weight: 140
Apparent Age: 60
Archetype: Detective
Preferred Weapon: DAOD Nemesis Pistol
Runner Song:
Bio: Mathews well poor tired Mathews this man has been working the streets since he was 18 and we only assume he’s 57 he might be older can’t tell don’t care. This cop carries a DAOD Nemesis, he claims its a pistol but really Mathews were not that stupid. lets just say he is not afraid to use it either. The he charges the city for the exuberant cost per round (5,000 nuyen each) He just found away to extort the city and get away with it.
Mathews is not one of my favourite people as you can tell, I may love the next generation of runners but I have respect for the law men as well since Granddad was a cop. But not Mathews this man is a crocked as they come, taking pay off’s from runners, dealers, and ganger’s to look the other way. Where do you think this man got a DAOD seriously this weapon alone is a few years salary for a Detective. Hello Internal Affairs, wait that’s right he was Lone Star till the transfer after the election. I don’t think Mathews will ever change his spots and he will still be crocked in SPD witch is ripe with problems anyway, Stamps, Ringmaster, Misfit, Samael, Striker to name a few and there has to be others inside the new blue wall. Mathews has investigated and solved so gruesome murders in his day I can only think of what tactic he used to get a confession and how many innocent men went to the vault because of this man. If Mathews is after you you might be safe if you have enough credits, problem once you start paying him you have to keep paying him and he is smart enough to know when the jig is up. So don’t think about ratting him out to SPD they won’t care.

This is dedicated to all the warriors of the shadows who have fallen in the line of duty. RIP    Crazy Glue: Killed in the Jackals Lantern by an unknown assailant, Her Murder is still under investigation by SPD  Wallace: HRM member killed in the Scottish invasion of England. Rot in Hell Wallace  Tommy: Member of the Regulators recently killed by SPD    Grimm: Member and Leader of the now defunct Ministry, killed by SPD C-SWAT. During the Deaths Hand Invasion  Mr. Walter O'Neil (Sarge): Member of a group only referenced to as the Post Office, He was killed in … END_OF_DOCUMENT_TOKEN_TO_BE_REPLACED