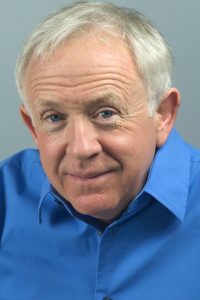 Bio: Well it’s time to talk about one of Seattle’s most decorated and successful detectives it has ever seen. This being Beachworth, He entered the streets as a Lone Star officer and worked his way up the ranks, and within no time he was in the detective bureau and climbing the ranks in there. He was is a pitbull and once his jaws are locked into a case he is unrelenting. Though Beachworth’s past is not all that perfect, he was forced to do things inside Lone Star that went against his ideology of how a police officer should behave and act and once he made Sargent it just got worse. So Beachworth put his papers in and left the force before the force destroyed him.
That’s how he wound up in the shadows and working as runner named Ducky, though in shadows he worked as a private detective and only did jobs that where legal with the shades of grey of legality. He only ever killed in self defence and would never take any job that went against his personal code of conduct. Ducky was a mercenary through and through, I think some of the originals are lucky this man left the force when he did or some would be sitting behind bars otherwise. As a mercenary he continued to do his private eye work and also acted as a bodyguard for the rich and powerful. He as well headed the private security forces for the mayors office for a few years. Though his true love still fell to police work and he missed it with each passing day. Eventually he saw his chance to return to the live he missed so much, SPD was recruiting and trying to establish themselves as a legitimate old school police force who actually believed in oath they swore. He was first in line to sign the paperwork, and from that day forward Beachworth put Ducky behind him and has worked in the Homicide division with his partner Elliot Ness, these two are the scourge of the law breakers. They have a 100% conviction rate and have zero unsolved homicides on there desk, till recently when they were inundated with a flood of recent murders in the city. Though I am confidant that they will clear those as well.
Don’t let Beachworth’s size fool you, this man is a mercenary, he ran the streets for years, he was also trained by Lone Star and SPD he his very skilled and like Stamps, unless you want to commit suicide by cop don’t open fire on this little man. He has seen the worst of the city on a daily basis and he will have know problem adding another notch to his pistol by taking you down. He might be SPD now But Lone Star tactics are still very much alive in this little bastard.

This is dedicated to all the warriors of the shadows who have fallen in the line of duty. RIP    Crazy Glue: Killed in the Jackals Lantern by an unknown assailant, Her Murder is still under investigation by SPD  Wallace: HRM member killed in the Scottish invasion of England. Rot in Hell Wallace  Tommy: Member of the Regulators recently killed by SPD    Grimm: Member and Leader of the now defunct Ministry, killed by SPD C-SWAT. During the Deaths Hand Invasion  Mr. Walter O'Neil (Sarge): Member of a group only referenced to as the Post Office, He was killed in … END_OF_DOCUMENT_TOKEN_TO_BE_REPLACED