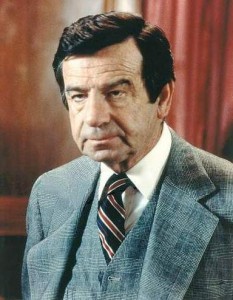 Weight: 195
Apparent Age: 55
Archetype: Detective
Preferred Weapon: Aries Predator
Runner Song:
Bio: Barnett well this man has been serving the people of Seattle for almost 30 years and has even been shown on such cop shows “First 48” “Cops” and “Runners Last Stand Major Case Squad” This is the cop you have to deal with if your case in considered high profile most major runners cases wind up falling on his desk to investigate. Barnett will work with the other divisions to aid in his investigation and help get him a conviction. Well he is almost guaranteed a conviction since his cases almost go exclusively before Judge McKeen and that means a one way trip to the vault.
He is the Detective who put Blitz behind bars, he also captured the River City Mad Man, brought down multipliable crime bosses and as well as put the cuffs on serial killer Emerald. This man is highly decorated and see’s the absolute worst the city has to offer on a daily basis. I know he has got to be pissed about the pardons of recent and now he is working with the men he once chased, knowing there isn’t a damn thing he can do about it. Well Barnett you wanted those cases to be cleared now they are. If you have Barnett after you, well you up and screwed the pooch good luck chummer maybe the Mayor will pardon you too.

This is dedicated to all the warriors of the shadows who have fallen in the line of duty. RIP    Crazy Glue: Killed in the Jackals Lantern by an unknown assailant, Her Murder is still under investigation by SPD  Wallace: HRM member killed in the Scottish invasion of England. Rot in Hell Wallace  Tommy: Member of the Regulators recently killed by SPD    Grimm: Member and Leader of the now defunct Ministry, killed by SPD C-SWAT. During the Deaths Hand Invasion  Mr. Walter O'Neil (Sarge): Member of a group only referenced to as the Post Office, He was killed in … END_OF_DOCUMENT_TOKEN_TO_BE_REPLACED