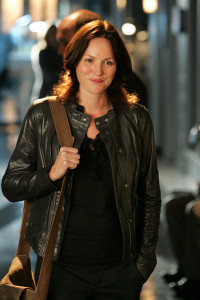 Weight: 155
Apparent Age: 30
Archetype: Detective
Preferred Weapon: Ruger Thunderbolt
Runner Song:
Bio: Noir is a new detective within the ranks of the Seattle Police Department, this bulldog comes to us straight from the California Fee State and worked with the boarders of Los Angeles. She is all work and no play at all times and once the Noir is assigned a case she will never relent till it’s solved. This Detective has a very strong work ethic and plays by the rules, this has not made her many friends within the Seattle Police Department, but it has made her popular with the high brass. She volunteered to be transferred to Seattle just before the war and do to her flawless work record and her determination she was accepted at once and not a moment to soon, her skills came in very handy during the battle keeping the citizens safe and maintaining law and order within the suburban districts.
Noir is also a freelance Detective that takes private contracts when her schedule is free though this is very rare, as she is basically married to her job. Noir works in missing persons and this is also her speciality when it comes to freelance work, if it’s lost she can find it, and when it comes to tracking down a kidnapped or runaway their is no one better then this bulldog. She is a true master at her job and also very hands on, this often angers the Crime Scene Investigators but they have been warned about Noir and her very old school approach to police work. While working in LA she was referred to as a female equivalent to Sherlock Holmes and her jacket proves this.
She will be busy in the coming months with the recovery effort after the war, though with all the crime in Seattle Noir doesn’t have to ever worry about being bored or never finding work. People go missing here daily, and this is all the job security Noir needs she will never run out of cases and her phone will be ringing with freelance work as the days go by, She may be one that is guided by honour and duty but when she moonlights her fee is step though her success rate warrants the high fee.
Page Written By: Shadow Writer

This is dedicated to all the warriors of the shadows who have fallen in the line of duty. RIP    Crazy Glue: Killed in the Jackals Lantern by an unknown assailant, Her Murder is still under investigation by SPD  Wallace: HRM member killed in the Scottish invasion of England. Rot in Hell Wallace  Tommy: Member of the Regulators recently killed by SPD    Grimm: Member and Leader of the now defunct Ministry, killed by SPD C-SWAT. During the Deaths Hand Invasion  Mr. Walter O'Neil (Sarge): Member of a group only referenced to as the Post Office, He was killed in … END_OF_DOCUMENT_TOKEN_TO_BE_REPLACED