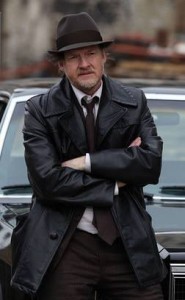 Weight: ??
Apparent Age: 40
Archetype: Cybered Detective
Preferred Weapon: Standard Issue Side Arm
Runner Song:
Bio: Well when it comes to Flower Cop what can be said, first and foremost time has not been kind to this officer. He is actually much younger but do to the stresses of the job and environment he appears much older then he really is. Other than that, Flower is a decent cop and has been trained by some of the cities hardest detectives and patrol officers, this has created an officer that is willing to combine old school with  new school and walk that very thin line. Flower might seem like a delicate name and this cop would be a delicate flower but you couldn’t be more wrong, this detective is hard as a rock and covered with thorns.
His time with Seattle Police Department hasn’t been easy and Flower has been bounced around from division to division only settling in with Homicide and eventually being transferred to the new multi unit task force under his former trainer and partner now Captain Benjamin Mathews and this unit has high hopes for this troubled Detective. Seattle Police Department are keeping a tight seal on Flowers service record and any decker that attempts to gain information on this officer is shut down and arrested quickly.
For whatever reason SPD has a tight grip on Flower and even has authorised his role in the Harbingers, Flower is currently partnered with Anthony DiCane. Flower has made waves recently with the federal government and has become the most wanted felon of the UCAS and even managed to survive his own execution by firing squad before murdering twelve federal officers. SPD has cleared Flower of any charges and has deemed the murders to be self defence. Again Flower is being protected by the brass of the SPD. We will have to wait and see how this story develops and what is to become of the cop named Flower, will he become a thorn in the side of the UCAS or will SPD eventually have enough and turn over this detective to federal authorities to stand trial for murder and give closer to the families of the fallen.
Page Written By:  Jose Rodriguez
Shadow Beat Reporter, Seattle Office.
<<< Time for some Seek and Destroy, thanks dumb ass for telling me where you work and live…..LMAO as I walk down to your home and butcher your wife and children….Ha Ha Ha this will be so much fun…I just love playing Seek and Destroy with stupid reporters of the UCAS…HOUND>>>

This is dedicated to all the warriors of the shadows who have fallen in the line of duty. RIP    Crazy Glue: Killed in the Jackals Lantern by an unknown assailant, Her Murder is still under investigation by SPD  Wallace: HRM member killed in the Scottish invasion of England. Rot in Hell Wallace  Tommy: Member of the Regulators recently killed by SPD    Grimm: Member and Leader of the now defunct Ministry, killed by SPD C-SWAT. During the Deaths Hand Invasion  Mr. Walter O'Neil (Sarge): Member of a group only referenced to as the Post Office, He was killed in … END_OF_DOCUMENT_TOKEN_TO_BE_REPLACED