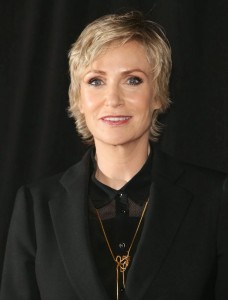 Weight: 140
Apparent Age: 40
Archetype: Detective
Preferred Weapon: Ruger Thunderbolt
Runner Song: N/A
Bio: Robin is one of the good guys in the SPD and she has volunteered for the Special Victims Division after suffering a traumatic event while in college. She was attending a fraternity party and well lets just say she got more then she bargained for and was left to clean up the mess that became of her life. After dealing with the heartless campus police and the even worse detectives of the Starr, she also told her older brother who helped raise her after their parents death about the situation. Needless to when your brother is Vex the police never got a chance to arrest the suspect and well the entire fraternity house got exterminated within hours of Robin speaking to her brother. These events left a scare that never healed inside her and she changed her major from Education to Criminal Justice and graduated with honours.
Robin entered to academy and was quickly picked up by the reforming Seattle Police Department long before they became the only show in town. Robin worked her way from patrol officer and eventually earned the gold shield and she was initially placed in Robbery and after a few years an opening became available in Special Victims and she dove at the chance. Being a former victim herself, she felt her experience would help her relate to the victims. Well it helped as she would become a true champion for the victim and would never let a case die, even when her Captain would tell her case closed, if Robin felt it wasn’t she stuck with it.
Once SPD became the only show in town, her case load increased and Robin would as well become to emotionally invested with her victims. This would cause her to but heads with fellow detectives and eventually her new boss Captain Quinn who also believed strongly in the victim but at the same time he understood the need to separate oneself from the victims or the job would consume you. This collision of philosophies has caused friction in the division till Quinn threatened to send Robin to Traffic if she didn’t wise up and look beyond the tip of her nose.
That threat and opening her eyes has allowed Robin to maintain her compassion and not allow it to consume her and lead to her eventual self destruction. She is now on the same page as Quinn and the rest of the division and everything is going smoothly for now, She is a stubborn detective and old habits die hard. Captain Quinn keeps a Traffic Uniform hanging in her locker as a constant reminder of his very serious threat.
Page Written By: Shadow Writer

This is dedicated to all the warriors of the shadows who have fallen in the line of duty. RIP    Crazy Glue: Killed in the Jackals Lantern by an unknown assailant, Her Murder is still under investigation by SPD  Wallace: HRM member killed in the Scottish invasion of England. Rot in Hell Wallace  Tommy: Member of the Regulators recently killed by SPD    Grimm: Member and Leader of the now defunct Ministry, killed by SPD C-SWAT. During the Deaths Hand Invasion  Mr. Walter O'Neil (Sarge): Member of a group only referenced to as the Post Office, He was killed in … END_OF_DOCUMENT_TOKEN_TO_BE_REPLACED