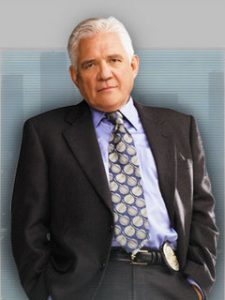 Bio: Well here is another runner turned cop er I mean traitor, this man worked out of Dallas and was a nasty card caring member of the Star and as well worked with many runner teams to do basically whatever he pleased. Being part of the Star meant he followed his own set of rules and answered to basically no one as long as his conviction rate stayed high. Hunter is not a nice man, and would frame just about anyone if it meant getting a guilty verdict in court and saving his own skin. This man worked for the Sons on a few occasions and as well the Texas Elite think of this group as a Texas Pride Unit of the best of the best the state could muster up. They did anything for the betterment of there State and that’s it. on occasion the Texas Elite would cross paths with the Sons and since they shared similar goals you can almost consider them to be a special forces unit of the Sons.
Hunter is a well trained mercenary having served in the CAS military prior to being a runner and fought in the Civil War, this man is cold hearted and just plane mean. Why he is here in the SPD I have no idea, I can only guess that the Star was starting to catch on to his Sons activities and his work as a runner and Mayor Hills program appealed to this bastard. Since being in Seattle he has already solved multiple cold cases in his department and has been lending a hand to the Homicide division. If you see Hunter on the street, just remain silent and still, like a apex predator he might leave you alone if he doesn’t notice you. This man is equipped with a CAS Magic scanner as well as one of the best cyber/bio scanners to date, so best bet stay off his radar his idea of dealing with Article 15, and 16 violations is to shoot first then arrest.

This is dedicated to all the warriors of the shadows who have fallen in the line of duty. RIP    Crazy Glue: Killed in the Jackals Lantern by an unknown assailant, Her Murder is still under investigation by SPD  Wallace: HRM member killed in the Scottish invasion of England. Rot in Hell Wallace  Tommy: Member of the Regulators recently killed by SPD    Grimm: Member and Leader of the now defunct Ministry, killed by SPD C-SWAT. During the Deaths Hand Invasion  Mr. Walter O'Neil (Sarge): Member of a group only referenced to as the Post Office, He was killed in … END_OF_DOCUMENT_TOKEN_TO_BE_REPLACED