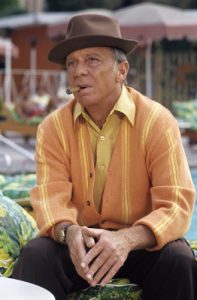 Bio: The Ringmaster well this man is a force to be reckoned with period. He is one of the originals and he was even referred to by his friends to be a hurricane. This runner like the Professor are to blame for all the magic laws that are on the books that we have to deal with today. Ringmaster has done so many jobs and worked with so many of the originals I could literally write a book on this man though the antics of the Ringmaster are still taught today in the Police Academies across North America  Its only fitting that he is now a traitor and works for SPD as the chief of the Magic Crimes Division along with his partner Detective Spectre.
Ringmaster is a physical magician of unknown power and carries foci that are as well of unknown level. He has left the city in the early part of 2050’s and moved to the FDC to work there with Lone Star as a Detective, he just turned his back on the shadows to join the law and left his body count and numerous cold cases for the residents of Seattle to mourn and deal with. Ringmaster is also directly responsible for the assassination of the Prime Minister of Aztlan when he visited the UCAS on a diplomatic mission to discuss the ending of Blood magic in his country. Guess Ringmaster didn’t take him on his word. Ringmaster with fellow original Seven also invaded Aztlan and slaughtered multiple blood cults and assaulted the Aztec home pyramid. Now that takes balls.
Well it looks like all that is in the Ringmasters past as he now heads the Magic Division of the SPD and thanks to Mayor Hills pardon he has noting to fear as he has been cleared of all his prior wrong doings. He is now on the same quest as many of his ilk to put an end to the next generation of runners. Well it looks like Hurricane Rodgers has been unleashed onto Seattle and it will not rest or relent till the last of our hero’s are in jail or dead. The Ringmaster is a serious threat, this man is not to taken lightly once he has you in his sights, he will not relent and his magical capabilities are unknown. He has the power of the law behind him and the authority of an entire division of magical cops at his command. If you see the Ringmaster leave, and leave fast, if your a criminal your busted period. Lets hope my readers none of your names come across his desk.

This is dedicated to all the warriors of the shadows who have fallen in the line of duty. RIP    Crazy Glue: Killed in the Jackals Lantern by an unknown assailant, Her Murder is still under investigation by SPD  Wallace: HRM member killed in the Scottish invasion of England. Rot in Hell Wallace  Tommy: Member of the Regulators recently killed by SPD    Grimm: Member and Leader of the now defunct Ministry, killed by SPD C-SWAT. During the Deaths Hand Invasion  Mr. Walter O'Neil (Sarge): Member of a group only referenced to as the Post Office, He was killed in … END_OF_DOCUMENT_TOKEN_TO_BE_REPLACED