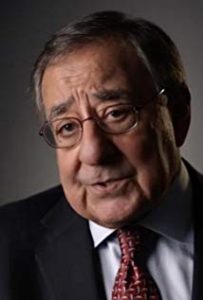 Bio: Rumours around that the new DA is actually former Unknown Solider Eagle well this is just a rumour and even if it winds up being true Eagle will be pardoned like the others and have nothing to worry about, hell as of this post he might already have been pardoned for his prior bad deeds, David Branch was an executive assistant district attorney who after the the death of the prior DA was promoted to acting District Attorney of Seattle yes this isn’t like the old days when each area had a DA nope we have one and his name is David Branch. The most feared lawyer to ever enter a courtroom his record is 170-0 and he has even one some cases the defence swore was a slam dunk for them and he has not lost on appeal either. So there is not a case this man is afraid to take and now afraid to prosecute.
Now onto Eagle well we know)(*^^%%^&*((*%%$$###@@<<<<YOU’VE BEEN SWITCH DOCTORED>>>>((–FILE ERADICATED—))

This is dedicated to all the warriors of the shadows who have fallen in the line of duty. RIP    Crazy Glue: Killed in the Jackals Lantern by an unknown assailant, Her Murder is still under investigation by SPD  Wallace: HRM member killed in the Scottish invasion of England. Rot in Hell Wallace  Tommy: Member of the Regulators recently killed by SPD    Grimm: Member and Leader of the now defunct Ministry, killed by SPD C-SWAT. During the Deaths Hand Invasion  Mr. Walter O'Neil (Sarge): Member of a group only referenced to as the Post Office, He was killed in … END_OF_DOCUMENT_TOKEN_TO_BE_REPLACED