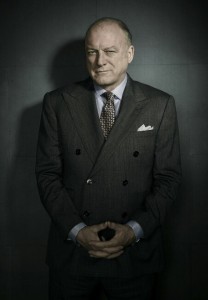 Bio: My researchers have finally unveiled the last of this group known as the Devil Rats, this man they only refer to as Lucifer and from what I have been able to put together is a perfect handle for this monster. Lucifer can no longer be considered a human being as this man has ice flowing through his veins and his his heart is as black as coal. Lucifer can truly be referred to as the devil in human skin, and I think I am still being to nice calling this man a devil. He is a soulless machine that believes in causing as much pain as one man can, he relishes in his victims tears and breaking their will to live before bringing them to an end by their own hand. Lucifer prays on the week and he offers them the world to do his bidding, the only cost is their very mortal soul. He does this by bringing someone up and then ripping the rug out from underneath them and allowing the castle of cards to come crumbling down, and once they are at an all time low he calls in his ultimate fee of there very life by their own hands.

This man as well uses his victims to do his dirty work, and sends innocent victims to a near certain death to commit murder, armed robbery and kidnapping. This man uses people like you use an auto cooker and for him it’s all part of his master plan to condemn the masses to a fate worse then death. He considers the people to be nothing more then lambs in need of slaughter and only the strong shall survive, for Lucifer nothing is off limits and he may seem professional in his dress and mannerisms, but thats where it ends. This man is evil and his victims are always left worse off for dealing with this man, and thats not if he just has them killed. Most of the ones who survive end up on death row or serving life in prison or worse.
As a runner this man does any job that is put before him, though he prefers jobs that give him an opportunity to spill blood and send shivers of fear through the targets before he has them meet an untimely end. Lucifer uses his passion of fire and will torch homes, offices, cars or the victim themselves. He then once he has the victims begging for life, he makes them the ultimate offer. Life for there soul and so the process continues till he tires of his toy and wants to hear the cries once again. He especially loves to target the faithful and strip them and rape them of their faith, their self respect and there humanity leaving them a soul shattered being begging for death.
If you think he couldn’t get any more vile you would be wrong, this man especially loves when he can manipulate God gearing people into committing murder in his name. Lucifer will do just about anything to manipulate someone into killing an innocent for him and he has been very successful through the years. He has even gotten parents to sacrifice their own children to spare the others a fate worse then death, though this never ends the way his victims intended and always end with a genocide of the family minus one. The one he allows to live, he frames to take the fall legally and thus allowing the tale of Lucifer to grow and allow him to become even more infamous and feared. The police are powerless to stop this man, as they have tried on a number of occasions and every attempt has ended with a good police officer committing suicide. Thus any further attempt to stop Lucifer was forbidden, this killer is more of a menace then anything and the fact that he has been able to operate from coast to coast for as long as he has is a show to both his skill, and how much he is feared.
With Lucifer being part of the Devil Rats makes perfect sense and this man is home amongst the abominations of that team. Why he even bothers himself to choose a side in this war is unknown but there has to a reason and when it revels it’s ugly head it won’t be good for anyone involved as Lucifer will have fully sunk his hooks deep into Seattle by that point and we will never be free of this beast. His combat abilities are unknown and the only known skill he has is a silver tongue and very deep pockets and an out stretching arm.
So with this being known take care when dealing with Lucifer as he runs with a very dangerous and twisted team. His own talents are most left to rumour and legend so keep this in mind. Lucifer is very dangerous and not a man to idolize as this is exactly what he wants and once his he has hooks inside you there is only one way it will end. This is one man you need to just avoid and not allow anywhere near you, and the fact that he has been seen speaking with some of our cities elected officials has this reporter very nervous. Lucifer might be a hero and guardian of the city, but this is only temporary I hope and we will be able to purge Seattle of this serious problem.
So please heed my warning the Devil Rats are not the good guys, these men are a serious issue to the safety of this city. Only the Showman can be considered a semi decent individual and thats pushing it, otherwise do your best to avoid them at all costs the Devil Rats are not hero’s they are wolves in sheep’s clothing and nothing more then criminals that need to arrested and not given a ticker-tape parade.
Page Written By: Shadow Writer

This is dedicated to all the warriors of the shadows who have fallen in the line of duty. RIP    Crazy Glue: Killed in the Jackals Lantern by an unknown assailant, Her Murder is still under investigation by SPD  Wallace: HRM member killed in the Scottish invasion of England. Rot in Hell Wallace  Tommy: Member of the Regulators recently killed by SPD    Grimm: Member and Leader of the now defunct Ministry, killed by SPD C-SWAT. During the Deaths Hand Invasion  Mr. Walter O'Neil (Sarge): Member of a group only referenced to as the Post Office, He was killed in … END_OF_DOCUMENT_TOKEN_TO_BE_REPLACED