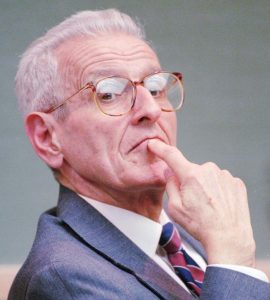 Bio: Dr. Malone the man simply called Warrant on the streets and known through out the underworld as the harbinger of death, this man is a killer of those deemed unworthy of life. He is sent to alert people that they have outlived their usefulness and have hit their exportation date. Warrant is a bit of an enigma through the criminal world yet everyone has heard of the ghost stories and legends and they all fear him….for there is no reasoning with Warrant, no paying him off and no surviving him. When unleashed he has only one goal and that to send another to a nameless grave due haste.

He is so feared that many will simply kill themselves to save him the bullet, this man is so successful that just the mere mention of him can send people into panic attacks and to commit suicide in hopes to stain his reputation. Reality check people Warrant doesn’t care how you die, just that you die…..killing yourself is exactly what he wants and saving him a bullet simply speeds up another’s death. This man has one job and thats murder for hire…PERIOD!! He is a killer and nothing more, he is not a cleaner, eraser, problem solver or hitman….no he is the period at the end of a sentence and he is a serious threat and ties up loose ends all neat and tight.

Warrant works for the Jamestowns though he is not solely employed by them, and that should worry everyone reading this….this killer is connected to many of the worlds premier agencies. Warrant is within the Post Office, Kingsman, Presidents Men, Bounty Hunters, Brotherhood, Steel Legion, London Dungeon, Outlaws Five, Horsemen, Cajun Cavalry,Cajun Mafia, Rough Riders, Harbour Masters and the Texas Elite……HE IS A LOUISIANIAN and they let him in the Texas Elite, let that sink in for a minute. He is a Malone brother and one that has been kept secret till now, Abbot is the twin brother of Shelby Malone….though I don’t see it, the Bayou and hard living must have taken it’s toll on Abbot.

This means that this monster is family to the Brothers Grimm, Palpatines and Gunners and yet till today he was basically unknown to everyone….well sort off, seeing his reputation was known and his family knew him. He lives within the shadows of the bayou and comes crawling out to remove a life and drag their soul to hell, he is so feared that even my dragon contacts worry about mentioning him will invoke the ire of the Malones…..not to mention Warrant.

Someone with such a long service record should be easy to track and locate and you would be right if this wasn’t a Horsemen and Cavalry member, they have eradicated most of the known information about Abbot from the record books and he has removed anyone that would blab. His own brothers in the 401st, 82nd and 67th won’t say a word about him out of respect, but none military members well they talk and well Abbot simply removes their tongue before they get a chance to cash in on the little secrets they harbour.

We can assume that he left these orders do to injury and accident seeing thats how everyone leaves the 401st and 67th, and seeing he was in the CIA during the Inishmore Invasion of 2018 one can simply assume he was in England or Wales helping fight against the Inishmore where he would be blown to hell, gassed, stabbed, broken and beaten like all the other babies of that conflict. Though those babies protect this one and till now he remained hidden and forgotten, well Warrant my contacts remember you and have brought you to the attention of the True Demure.

I can’t do this anymore, I can’t hold my tongue and pretend to be a false reporter, I need to bring you the facts and known information about this child and problem……………………………………………………….WARRANT SERVED!!

This is dedicated to all the warriors of the shadows who have fallen in the line of duty. RIP    Crazy Glue: Killed in the Jackals Lantern by an unknown assailant, Her Murder is still under investigation by SPD  Wallace: HRM member killed in the Scottish invasion of England. Rot in Hell Wallace  Tommy: Member of the Regulators recently killed by SPD    Grimm: Member and Leader of the now defunct Ministry, killed by SPD C-SWAT. During the Deaths Hand Invasion  Mr. Walter O'Neil (Sarge): Member of a group only referenced to as the Post Office, He was killed in … END_OF_DOCUMENT_TOKEN_TO_BE_REPLACED