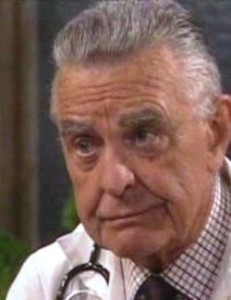 Weight: 155
Apparent Age: 60
Archetype: Physical Adept: Circle: Unknown
Preferred Weapon: Cougar Fine Blade
Runner Song:
Bio: When you have just begun to feel safe entering the medical offices once again another angel of death has emerged on the scene, and what makes this one terrifying is that he is an apprentice to the infamous Samael. the man known only as Unsung has picked up where his mentor has left off and has begun bringing the final end to those he feels is deserving of death. Unsung is a licensed doctor and works at various clinics and hospitals throughout Seattle and has amassed quite a body count before anyone became suspect of wrong doing. For the man known only as Unsung relishes in the tears he causes and every soul he steals fills the empty void in his damaged heart. We know he has been working for decades but only as of recent has his actions become noticed by the authorities, and even the police are not to forthcoming with any information about Unsung and they don’t seem interested in even investigating his murderers out of fer of angering the legend known as Samael.
This man wasn’t always a doctor and prior to his settling down and becoming the good Dr. Eric DiCane he was a soldier for the Texas Elite and fought in the second Civil War and to defend Texas from the foreign threat of the NAN and Aztlan. Though for Eric his time as a solider was cut short do a serious injury he received in battle defending the Texas border from the invading Aztlan forces. He took this set back and he ran with it, entering college and eventually medical school; he graduated top of his class and was accepted at the Seattle Memorial Hospital to intern under the legendary doctor Wilbur Gravel. Like his Nephew the Renegade Eric moved to Seattle and started to work under Doctor Gravel, while in Seattle Eric married and started a family. Though for Dr. Gravel his training of this Texan wasn’t finished when he punched out, and over the next few years the Unsung was born. The Unsung is a direct product of his mentors teachings, though it is not hard to mold damaged goods already, Unsung took to the work as a Angel of Death like fish to water and throughout the years he murdered countless men and women; all to the ignorance of his good hearted, Catholic family.
Well do to the amount of bodies the Unsung has sent to the morgue, it has come to the attention of the investigators that this man Dr. Eric DiCane is actually the cold blooded murderer known as Unsung. No arrest warrant has been issued for him as of yet, though please citizens be very cautious when entering clinics for the Unsung might be lurking near and this man was trained by the best in the business so you might be walking in for a physical but leaving in a bag on the way to your funeral. The Unsung seems to have a preferred target of natives, and elven patients though he will murder anyone without a second thought just look at the hundreds of victims he has buried and these are the ones we know about. Be wary for the Nameless one is on the prowl and for you might just be his next victim.
Page Written By: Detective Richard Yule retired
Seattle Police Department Homicide Division

This is dedicated to all the warriors of the shadows who have fallen in the line of duty. RIP    Crazy Glue: Killed in the Jackals Lantern by an unknown assailant, Her Murder is still under investigation by SPD  Wallace: HRM member killed in the Scottish invasion of England. Rot in Hell Wallace  Tommy: Member of the Regulators recently killed by SPD    Grimm: Member and Leader of the now defunct Ministry, killed by SPD C-SWAT. During the Deaths Hand Invasion  Mr. Walter O'Neil (Sarge): Member of a group only referenced to as the Post Office, He was killed in … END_OF_DOCUMENT_TOKEN_TO_BE_REPLACED