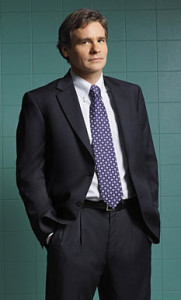 Weight: 160
Apparent Age: 45
Archetype: Medic
Preferred Weapon: Ruger Super Warhawk
Runner Song:
Bio: Well the Manticore is one of the few rare good guys out there, this runner is actually doctor and he serves with the Brotherhood of Mercenaries when he is not serving the people of Seattle. He works as the Chief of Oncology at Seattle Mercy Hospital and does more then his far share of duty at the free clinic, this man has a deeps sense of devotion to the people of both Seattle and the UCAS even though his heart truly lies with the good old red, white and blue. The Manticore does take his oath seriously, though he is willing to cross that line if needed and he has proved this a few times in his life also he carries a very large handgun and is more then willing to draw and fire if he feels his life or the life or a patient is in danger.
Otherwise this man is a tried and true mercenary with a very serious code of conduct and code of honour that he follows to the letter, so best not do anything that will force the Manticore to prove just what his code entails. If you know where to look on the streets you might be lucky enough to find the Manticore’s lair, this is where he will be willing to do the not so legal surgeries and the ask no questions operations otherwise if you go to the hospital he will call the police and report certain injuries to them.
The Manticore is a licensed mercenary and with such he is protected under article 654 of the military code of justice and with such he should be fronted the same respect one would show any member of the military. The Manticore has been serving the Brotherhood since he was eighteen an even went to medical school on their dime, so he is very loyal to the mercenaries an will never do anything to put a licensed mercenary in harm. Though unlicensed mercenaries are no better then a street criminal to him and he will not extend the same level of professional curtsey to them.
Well when it comes to this man, you get what you see, he has nothing to hide, he is a constituent professional and he can and will defend himself if needed, he understands his oath and will uphold it though if his back is against the wall he will lash out and you will find out why they call him the Manticore. If you find him on the streets, make sure you don’t stiff this street doctor or you will have a very bad day, very quickly. He is a card caring member of the Brotherhood and this means he has friends that are willing to do anything. So if he doesn’t screw you on the table you will never be able to outrun a phone call to one of his brothers.
Page Written By: Shadow Writer

This is dedicated to all the warriors of the shadows who have fallen in the line of duty. RIP    Crazy Glue: Killed in the Jackals Lantern by an unknown assailant, Her Murder is still under investigation by SPD  Wallace: HRM member killed in the Scottish invasion of England. Rot in Hell Wallace  Tommy: Member of the Regulators recently killed by SPD    Grimm: Member and Leader of the now defunct Ministry, killed by SPD C-SWAT. During the Deaths Hand Invasion  Mr. Walter O'Neil (Sarge): Member of a group only referenced to as the Post Office, He was killed in … END_OF_DOCUMENT_TOKEN_TO_BE_REPLACED