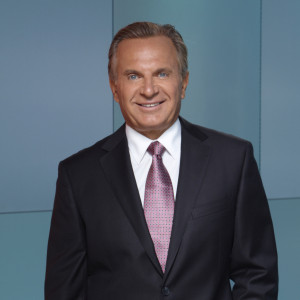 Bio: Leech is one of the best surgeons the streets have ever seen, this man can patch up any wound and implant any piece of cyber or bio-organic part. This doctor is one that asks no questions and doesn’t care about anything, the only concern he has is your credit chip and it’s security rating. Leech’s location is actually unknown and he must be searched out by those in the know, this man is super cautious and doesn’t take on new patients easily and for those that he must perform emergency surgery on, well you can be certain that you will leave his clinic with more then a bill if you catch my drift. Once he trusts you enough he will remove the additional hardware, this man also proves why you never stiff a street doc.

Leech has an elite squad of soldiers that act as his collection department, security and repo-men, these soldiers make sure Leech is safe and well protected from the typical street thugs and as well keeping Seattle Police Department out of his hair, he has a squad of deckers that back him up as well. If anything smells fishy to Leech or his security team, the patient will never awake from surgery and their parts will end up on the open market. If his security division senses something’s off during a meet, well lets just say torrent of fire will bring anyone down. Leech will then harvest the remaining parts and move on to a new location, so trying to set up this street doctor is a bad idea period.
Leech might not be a runner, but he makes his living working with them on a daily basis, this means he has contacts and as the old proverb says “You are who you know.” this stands true with Leech. This man’s phone is his dangerous aspect and the people he can reach out in a moments notice can frighten most anyone. Leech has worked with the likes of Digger, Raven, Seven, Professor, Everest, Autopsy and Arctic in the past, runner like this never forget a doctor that helped them out and patched up battle wounds. So consider all aspects when dealing with Leech, this man patched up founding fathers and is on a first name basis with cold hearted killers. He is not a man to cross in any fashion, for his fee might be steep but think about his portfolio of clients and understand Leech is the best in the business, just never try to double cross this man or you could end up scattered around Seattle and never seen again.
Page Written By: Shadow Writer

This is dedicated to all the warriors of the shadows who have fallen in the line of duty. RIP    Crazy Glue: Killed in the Jackals Lantern by an unknown assailant, Her Murder is still under investigation by SPD  Wallace: HRM member killed in the Scottish invasion of England. Rot in Hell Wallace  Tommy: Member of the Regulators recently killed by SPD    Grimm: Member and Leader of the now defunct Ministry, killed by SPD C-SWAT. During the Deaths Hand Invasion  Mr. Walter O'Neil (Sarge): Member of a group only referenced to as the Post Office, He was killed in … END_OF_DOCUMENT_TOKEN_TO_BE_REPLACED