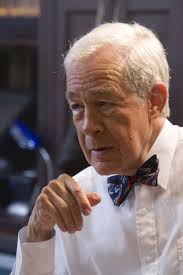 Weight: 150
Apparent Age: 65
Archetype: Mercenary
Preferred Weapon: Aries Squirt 2
Runner Song:
Bio: If you thought one lunatic that enjoys playing with toxic chemicals was bad enough, well these is yet another and his name is the Apothecary. If this wasn’t bad enough this is the brother of the legendary mercenary the Chemist, and only through my researches uncovering this bastard was I able to figure out the real name to the manic Chemist. These two men have had a sibling rivalry for many years and it seemed his brother has decided to follow suit and become another toxic specialist, when the Apothecary hit the streets is not known, but one can assume that it was around the same time as his brother. As both men where very competitive growing up in London, they competed in school, and both men excelled in science, records show they are twins but the Apothecary surly aged worse then his brother. This has led these two men to compete in every aspect of life, they battled for grades, they battled over what college to attend and even over who would receive their doctorate first. Though as the years went by, they would go their separate ways when the Chemist would go to America to join the CIA and the Apothecary would join MI-5.
This is where these men would become two separate entities that would become a plague on the civilised world, the Apothecary would try to live a normal life, well as normal as a British spy can be. Though he would hear about the antics of his brother over in the UCAS, Germany, France, Russia and various other sections of the world. He would as well here of his allegiance to the Human Resistance Movement and for the Apothecary this would once again spark that competitive streak inside him and he would eventually find himself seeking out the great pirate known as the Governor. He would seek out this madman to help him with his desire to go rogue, and become even better then his wayward brother. Though as we have learned the Governor is not a man that you tangle with lightly and you must always tread carefully when dealing with a pirate.
It appears though this man was able to not only strike an accord with the Governor, he was able to become friends with the man, it seemed the Apothecary is just like his brother and he is a special kind of crazy that even madmen tend to want to keep at arms reach. Through the assistance of the Governor the Apothecary would be able to go rogue from British Intelligence and would become a serious ally in the Human Resistance Movements attacks on the Nog, as well as the Governors eventual take over of England. What he did in exchange for the Apothecary is unknown, but one can assume that whatever it was we really don’t ever want to find out.
As his Brother was making a name for himself as a freelance runner in the UCAS, his brother was working the shadows of Europe. The Apothecary would be crucial in numerous Deaths Hand invasions and even would be working directly with his brother without even knowing. The Apothecary eventually became the go to man for the HRM and the Deaths Hand since he showed no loyalties to any flag and with his level of crazy they knew he would have no care about gassing an entire village or creating a bio-toxin that would target an entire blood line. This man though the years is the reason for many pandemics that broke out throughout Eastern Europe and would even create a bio-toxin for the Deaths Hand that would allow them to pacify the African tribes, and eventually steal their will for a glimpse of the cure.
The Apothecary has become as legendary as his brother in the field of chemical warfare, virology, and biological agents. This man might be a scientist, but that doesn’t mean he is not a serious threat in combat. He has been trained by the best and spent many a decade as a British spy though this is no James Bond and the Apothecary has no heart, no soul and zero moral compass so you have been warned.
Page Written By: Shadow Writer
<<UPDATE: The Apothecary has been scene in Seattle as of 12/25/73 and has been scene speaking with his brother, it appears age has settled the brothers rivalry. This is not a good thing people, these two men are a very special kind of crazy, to the point where men like The Governor, John Ripley, and Alexander the Great have refused to allow these men in their ranks. Though they all consider these men too be friends and allies, according to my researcher The Chemist has extended an invitation to his brother to join the Devil’s Rejects.>>

This is dedicated to all the warriors of the shadows who have fallen in the line of duty. RIP    Crazy Glue: Killed in the Jackals Lantern by an unknown assailant, Her Murder is still under investigation by SPD  Wallace: HRM member killed in the Scottish invasion of England. Rot in Hell Wallace  Tommy: Member of the Regulators recently killed by SPD    Grimm: Member and Leader of the now defunct Ministry, killed by SPD C-SWAT. During the Deaths Hand Invasion  Mr. Walter O'Neil (Sarge): Member of a group only referenced to as the Post Office, He was killed in … END_OF_DOCUMENT_TOKEN_TO_BE_REPLACED