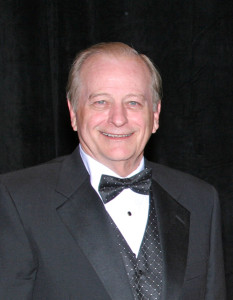 Weight: 155
Apparent Age: 60
Archetype: Doctor
Preferred Weapon: n/a
Runner Song: n/a
Bio: Dr. Cortland is another one of the cities coroners, this man is also cursed by being the brother of terrorist and pirate the Governor. His relation to that man is why Palmer emigrated to the States from England to separate himself from the Governor. This coroner is a master of his craft and specializes in the extreme cases like meat puzzles, mysterious deaths, magical kills, and so on. He is a workaholic and is always in the morgue or on a case, the only time he is out and about is to go to a policeman’s ball and this is the only photo Dr. Cortland ever posed for. This man as well can’t stand the glory the runners in the city get, but for him them being in Seattle is perfect job security. This is one coroner you do not want showing up to investigate a body you might have left behind. He has the eyes of eagle and is a pitbull once he is one a case, he won’t do anything else till he has exhausted all possible avenues. If you ever want this man to freak out, ask him for his brothers autograph or ask him about what it was like to grow up with the pirate commandant.

This is dedicated to all the warriors of the shadows who have fallen in the line of duty. RIP    Crazy Glue: Killed in the Jackals Lantern by an unknown assailant, Her Murder is still under investigation by SPD  Wallace: HRM member killed in the Scottish invasion of England. Rot in Hell Wallace  Tommy: Member of the Regulators recently killed by SPD    Grimm: Member and Leader of the now defunct Ministry, killed by SPD C-SWAT. During the Deaths Hand Invasion  Mr. Walter O'Neil (Sarge): Member of a group only referenced to as the Post Office, He was killed in … END_OF_DOCUMENT_TOKEN_TO_BE_REPLACED