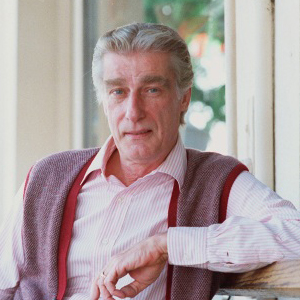 Bio: Dr. Wilcox earned his moniker by being the bearer of bad news and being a field doctor for the Minutemen, he like many doctors during war has to be more a trauma medic and make snap decisions over who lives and who dies with a quick observation of the wounds they received since he worked in the field and not in a MASH unit. Dr. Wilcox is partially responsible for his commander surviving the serious wounds he received in Germany and the quick transfusion surly saved the man’s life. Though there is a darker side to this good Doctor and one he is not proud of, Morgue was forced many times through the years to take up arms against the enemy and even use his medical knowledge to bring down a stronger opponent by quickly and precisely slicing arteries and ligaments and tendons. He violated his oath as a doctor many times, and has lost many nights sleep over it even though it was in war and it was his life or theirs Dr. Wilcox doesn’t see it that way and eventually the stress of these choices and the years of battle and fighting caused him to retire from the Sons of Liberty (Freedom Patriots).

Dr. Wilcox remarried after loosing his first wife and children to the nights of blood, he started a new family and went to work in a small local clinic helping the poor as his penance for the sins he committed during the war. He started a new family and was once again able to feel something more than cold and sleepless nights, Dr Wilcox was felling joy and happiness once again as he raised his son and dreamed of one day growing old and being a Grandpa though a little pill he took from Colonial many years prior had ceased his ability to grow much older. For Victor everything was going fine, his son was growing up, he was a proud and active father and he was feeling the curse upon his soul lift through the years.
Though as the days turned into months and then years went by, the skirmishes of the Patriots where growing in number and then the inevitable happened as his son came home from school one day asking the million dollar question “Are you Morgue of the Minutemen?” this was a question he was dreading and how does a parent answer such a question, they lie thats how and for Dr. Wilcox after that day the nightmares returned and the stress and worry befell him once more. As they where teaching the ratified history in school and his past was going to come back to bite him. Dr. Wilcox just tried to go about his life as normal, but the questions kept coming first from his son’s friends, then their parents and eventually his wife. he was now weaving a tangled web of lies to avoid stepping on the landmine of the truth, he had already watched other fellow Minutemen hung on television as war criminals.
This was a fate he would not willingly accept, and so he carefully managed to avoid detection though the darkness was returning to him once again and he could feel that it was only a matter of time that even his careful deceit would implode and he would be found out. Especially as the Sons of Liberty (Freedom Patriots) were becoming headline news with there declaration of war in Seattle and throughout the UCAS. Then on that faithful night of December Tenth, Two Thousand Seventy-Three came to pass and he watched the sacrifices of all the brave men fighting and dyeing for a cause bigger then themselves. Dr. Wilcox felt that call once again and he packed his bags  kissed his wife and hugged his son good bye and headed for Seattle to reclaim his place amongst the Minutemen and fight for the America he once loved again.
His soul might be torn, his sleepless nights tormenting his mind and body, though amongst his brothers and in his uniform he is hole once again. Morgue is more then willing to lay down his life for the cause and for his brothers. Dr. Wilcox salutes those that fell in Fort Lewis and he fully understands your sacrifice as he was once in your shoes in a far away land abandoned by his country and fighting for his life against all odds. And for those that survived he offers this piece of wisdom ” My brothers in arms, you have sacrificed everything for a cause so just. The pain you feel inside you, don’t let in consume you, use it harness it and let the memories and spirits of your fallen brothers guide your hand to victory. We are all in this together and don’t let your brothers have fallen in vain.” Well said my brother, and welcome back to the fight you have given everything you had now you are ready to give everything you have left Semper Fi Brother.
Page Written By: Snoopy

This is dedicated to all the warriors of the shadows who have fallen in the line of duty. RIP    Crazy Glue: Killed in the Jackals Lantern by an unknown assailant, Her Murder is still under investigation by SPD  Wallace: HRM member killed in the Scottish invasion of England. Rot in Hell Wallace  Tommy: Member of the Regulators recently killed by SPD    Grimm: Member and Leader of the now defunct Ministry, killed by SPD C-SWAT. During the Deaths Hand Invasion  Mr. Walter O'Neil (Sarge): Member of a group only referenced to as the Post Office, He was killed in … END_OF_DOCUMENT_TOKEN_TO_BE_REPLACED