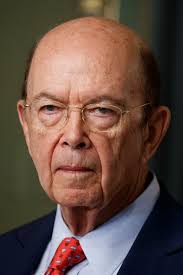 Bio: C.C is one of the original members of the London Dungeon since Tinker formed that secret order of spies and assassins; he personally recruited Wesley for very good reasons and none of them are good. Wesley is a relative of the Kingsman Rags and Riches though where those men believe in King and Country C.C well he believes in the all mighty pound and is guided by his desire to be wealthy and he will step on anyone and everyone to get the next big score. This doesn’t sound like a man you would want within your sensitive intelligence agency and that would be true if Wesley didn’t have a very scary closet of skeletons that Tinker knows all about; also knowing where C.C has buried the bodies is a great bargaining chip.

C.C is a man of action and one that doesn’t take to hearing no well at all, this man would do anything to advance himself within the aristocracy and as well protect his status within the United Kingdom and this includes murder, rape, assault, extortion, arson and insider trading; all crimes that would land him within the hangman’s noose if exposed and found guilty of wilful murder. Though for Wesley these were risks he was willing to take, he knew that if he wanted something he had a play book of illegal actions that would force someone to say yes and he was not above using that book and using it often. His empire was built on the blood and tears of those he trampled over to get, this includes raping male executives and nobles and then threatening to expose them as queers if they talked; all would just stay silent in their shame and sign any document that C.C wanted them to. He would forcefully sleep with the wives of powerful men to get them to convince their husbands or even themselves to give him what he wants or expose their adulatory to the public and further shame and discredit the family line. Sexual crimes where the calmest of his vile actions with murder being his calling card and final play.

This man is called C.C for short as many in the law enforcement would simple call him Cold and Calculating he would just adopt the handle of C.C after the media would bring one of his crimes to light. This man has stood before a judge a number of times on charges of wilful rape and wilful murder and he has slithered out of the courtroom a free man after being found innocent by a jury of his peers; this would forever give the judicial system a black eye and further allow Wesley to continue his rampage across the United Kingdom. This man is pure evil with a heart made of coal and venom coursing through his veins; I have searched for any redeeming qualities and can’t find a single one even the Dictator is squeaky clean in comparison and that a man who has committed ethnic genocide for fun.

C.C seems like someone that MI7 would want to remove from civilisation than pay a salary and sanction; though that’s where your wrong, the London Dungeon has zero morals and no conscience when it comes to gathering information and as well dealing with threats to the United Kingdom and that can be scene by their actions after the Steel Legion took control. This order needs soulless killers that can be guided and directed and what better than one that is guided by greed and you know where he is at all times. Tinker would be the only man that could guide C.C away from his mission of extortion and power by confronting him with concrete evidence that he couldn’t slither away from and under Steel Legion law he would not be even given a trial; with C.C facing summary execution and having all his wealth go to those that would perform the deed, he was left with zero options and that would be work for Tinker or be publicly shamed, ruined and executed painfully and slowly in London Square.

His pride and self preservation would be what would guide him into signing the contract with Tinker and also being one step away from entering his families list was another. For C.C this was a life saver and for Tinker this was a golden opportunity to put C.C to work straight away and use his skills with the blade for the protection of the United Kingdom and not the destabilisation of the House of Lords; with no other option C.C would begin doing as ordered and removing enemies of the Crown with extreme prejudice. His sexual exploits would come to an end as MI7 would have no use for his rapist ways and for the Segal family they would sign off on his chemical castration to keep those acts from happening again a well to prevent Wesley from procreating as any child of his would be prone to criminal and violent acts; those injections would prove to be a failure and he would eventually have to be physically castrated by the Steel Legion for sexual assault.

Though with Wesley fully in check and his evil lusting ways no longer an issue, he could be once again deployed to simply slice throats and stab backs; this turned out to be something he excelled at and with no conscience murder just came easy to him. He would cut someone down just as simply as he would make a sandwich and sometimes at the same time; reports from Scotland Yard indicate that there are murder scenes where C.C is the prime suspect and the victims found murdered in there kitchen’s and the murder weapon sitting in a jar of mayonnaise. With C.C being given a license to kill this has made any investigation into his work difficult to say the least and with a murder spree that goes back decades investigators are hard pressed to touch him even when they have him dead to rights; being protected and owned by the London Dungeon does come with it’s perks I guess.

Just cause he kills for national security doesn’t mean that he doesn’t still kill if he is slighted and he is quick to act and has no issues slicing open someone’s throat if need be. As reported C.C just enjoys hearing the sounds of his victims struggling to breath as they drown on their own blood; he cuts just deep enough to be fatal but not deep enough to bring about a quick death, use your imagination as to what his victims go through before death. His actions may be a hard pill for the Steel Legion and MI7 to swallow but his success rate and performance as an agent of terror has proven itself to be vital and they are both willing to overlook a few random murders if C.C keeps killing enemies of the Crown.

This man has been in action for quite sometime and has no signs of slowing down, he is a true terror and someone that everyone needs to fear for good reason, his blade is always within his reach and his murderous tendencies are fully sanctioned so if he feels slighted his first response is to just drive his knife into the offender and walk away calmly; he will also cut down or shoot anyone that attempts to stop or prevent him from enjoying the symphonic sounds of the death rattle. Citizens do yourself a favour and walk away if you come across C.C and a dying body as it’s not worth risking your life, he is a physical adept of unknown power and skill. Good news for those readers in the UCAS this madman doesn’t come to America often though he has been scene visiting California and going to Disneyland or heading down to the Magic Kingdom in Orlando. Though reports indicate he hasn’t murdered there but in California he would have another free pass as he is a diplomat for England and thus fully protected and so just don’t cut in front of him in line or you might end up in a body bag.

As I said this man is a spook and has been further educated holding multiple advanced degrees and hunts the night like a wolf stalks his prey. He is a fully sanctioned assassin for the London Dungeon and he has been given the status of Ambassador for Brighton so this man has diplomatic immunity regardless of where he travels to and the Dungeon will send him all over to remove a threat to the Crown o be warned. The UCAS might not be a place he visits often but with the ever growing expansion of the British Empire once again it won’t be long before he is deployed into the UCAS to send a very painful and deadly message.

Page Written by: The Demure

This is dedicated to all the warriors of the shadows who have fallen in the line of duty. RIP    Crazy Glue: Killed in the Jackals Lantern by an unknown assailant, Her Murder is still under investigation by SPD  Wallace: HRM member killed in the Scottish invasion of England. Rot in Hell Wallace  Tommy: Member of the Regulators recently killed by SPD    Grimm: Member and Leader of the now defunct Ministry, killed by SPD C-SWAT. During the Deaths Hand Invasion  Mr. Walter O'Neil (Sarge): Member of a group only referenced to as the Post Office, He was killed in … END_OF_DOCUMENT_TOKEN_TO_BE_REPLACED